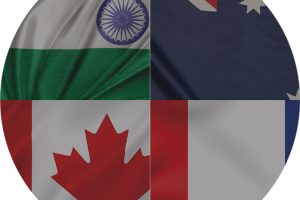 (This is an abridged version of a story that appears in the May-June issue of Marijuana Business Magazine.)

The United States may be driving innovation in international marijuana markets, but when it comes to hemp, U.S. producers are scrambling to catch up with established trade opportunities for a crop that has long been legal in other countries.

Hemp is taking root in the United States, thanks to the 2014 Farm Bill, which allowed limited production. But booming U.S. demand for hemp products is still largely filled by overseas producers.

Most of that growth was in hempseeds, both viable for planting and sterilized and hulled for eating.

The United States imported a negligible amount of hempseeds in 2000, but that sum climbed to $54.1 million in 2015, according to CRS.

That doesn’t mean that U.S. hemp producers and processors don’t have ample opportunity to expand in global markets.

Marijuana Business Magazine talked with hemp producers and activists about the best international opportunities for exporting hemp and hemp-derived products.

Click here to read more on where they expect to see the most business opportunities in coming years: