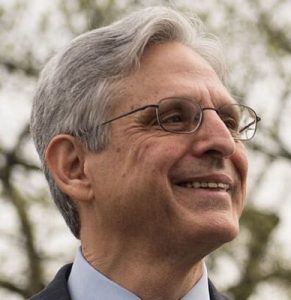 President-elect Joe Biden has settled on Merrick Garland as his nominee for U.S. attorney general, multiple news organizations reported Wednesday, tapping a federal judge to oversee the Department of Justice, which includes the Drug Enforcement Administration.

Garland, chief judge of the U.S. Court of Appeals in Washington DC and Democratic choice to join the U.S. Supreme Court in 2016, would lead the nation’s law-enforcement agency if confirmed by the Senate.

The Department of Justice also wields major influence over the marijuana industry.

The choice of Garland will have many in the cannabis sector wondering what approach he’ll take to the legal marijuana industry, given the still-questionable relationship between federal law and state-legal MJ companies.

But in 2016, when former President Barack Obama picked Garland for the Supreme Court, several MJ industry insiders said their impressions of him were favorable, based solely on a statement he’d made about basing scientific decisions on solid science.

With Biden already having vowed to support some level of federal marijuana reform, it’s unlikely he would choose an attorney general who would launch a new national crackdown on the marijuana industry.