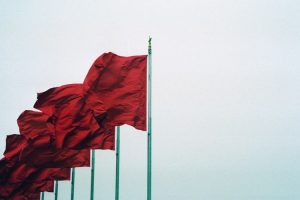 Most American farmers are in full-fledged panic mode after companies in China suspended their use of U.S. agricultural products in response to tariffs imposed by the Trump administration on Chinese goods.

A $5.9 billion market, China is one of the largest buyers of U.S. agricultural products, following Mexico, Canada and Japan. But China may stop importing agricultural products altogether – and impose tariffs on goods it has already purchased – in response to the new tariffs.

The Chinese tariffs currently are having minimal direct effect on the U.S. hemp industry, given that hemp trade coming from the U.S. is virtually nonexistent, according to Brian Sheng, general partner at The Arcview Group in San Francisco.

“While hempseeds and true hemp products (hemp biomass) are on the list of products affected by the tariff, neither account for a significant amount,” Sheng told Hemp Industry Daily.

In 2017, China sent about $3.3 million worth of hemp to the United States, according to Hemp Industry Daily’s 2018 Hemp & CBD Factbook. That made China a distant second to Canada, which exported roughly $58 million of hemp to the U.S. that year.

The majority of hemp imports into the U.S. are hempseeds coming from Canada, while hemp imports from China are harder to track, Sheng said.

“The industrial usage of hemp is satisfied by domestic production of hemp in China. Thus, the tariffs will have no effect on U.S. hemp producers and businesses.”

Row-crop farmers of traditional products such as soybeans are harder hit by uncertain global markets and falling prices, and many have shown they are ready to move toward growing more profitable alternative crops, according to Bob Hoban, president and founder of Denver-based cannabis law firm Hoban Law Group.

The Chinese tariffs are the last straw, he told Hemp Industry Daily.

“I see the tariffs that have been imposed as it relates to China as a very beneficial thing for U.S. hemp farmers, or at least for U.S. farmers that would like to pivot to industrial hemp,” Hoban said.

While the China trade war may not have an immediate direct effect on hemp farmers, those in the industry looking to source lower-cost processing equipment from China will likely see a negative impact from the tariffs, according to Jim Parco, founder and co-owner of CBD company MesaOrganics and Purplebee’s in Pueblo, Colorado.

“China is very good at manufacturing equipment, particularly the types of systems that we need to process hemp, and the U.S. just hasn’t developed the same kind of manufacturing expertise that China has,” Parco, who also teaches economics and business at Colorado College, wrote in an email to Hemp Industry Daily.

Among those companies is Fibonacci, a Kentucky manufacturer of hemp-derived wood products that had to pay a 25% tariff on an industrial wood press from China. The company is appealing the tariff.

Depending on the type of equipment, Hoban said, hemp processors can source equipment from manufacturers in the European Union at comparable prices to lower-cost Chinese equipment.

“I look at the European Union as having some of the best industrial hemp technologies that exist,” Hoban said.

“What they don’t have in Europe is access to the U.S. market. So there are favorable deals to be had with limited tariff impact that puts you in the same ballpark with probably better technology by sourcing from Europe.”

Sheng said that, in addition to equipment, the indirect immediate effects of the tariffs will include increased costs on imported accessories used for making hemp products such as cigarette papers and other manufactured extracts and packaging.

Ongoing tariffs could also impede the growth of the industry when hemp-derived extracts or industrial hemp export markets become more active in the future, Sheng said.

“Whether or not that materializes remains an empirical question,” Parco said. “But what is known is that the harms of increased costs today are real losses for the small businesses who are struggling at building this new industry.”