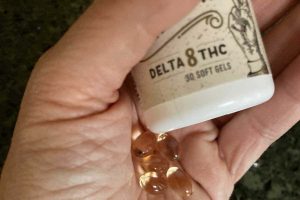 If states are the laboratories of democracy, as the saying goes, those labs are getting some surprising results this year as they experiment with ways to regulate hemp derivatives in the face of federal inaction on the rise of intoxicating cannabinoids made from newly legal hemp plants.

More than a dozen states have taken up legislation so far this year to either ban or regulate the conversion of hemp extracts into intoxicating cannabinoids such as delta-8 THC.

With few exceptions, the experiments were as messy as a homemade baking-soda-and-vinegar volcano.

Lawmakers in Nashville couldn’t decide whether to ban delta-8 THC and other hemp-derived intoxicants entirely or side with hemp operators and pass a bill to set some safety standards to address a flood of unregulated and possibly dangerous lab-created products derided as “frankenweed.”

So, instead, Tennessee lawmakers closed up shop without doing anything, leaving their state awash in unregulated THC products sold with no age requirements or safety oversight.

“That was a roller-coaster ride,” said Frederick Cawthon, president of the Hemp Alliance of Tennessee.

“We literally ended up right where we started the year,” he told MJBizDaily, pointing out that few cannabis product manufacturers have in-house attorneys to navigate fast-changing regulations.

“The majority of these companies are small mom-and-pop operations, not heavily capitalized. And then, just with the changing regulations, with the unknowns, it’s hard to manage a business.”

Cannabis attorneys say federal ambiguity is to blame for the regulatory roller coaster Cawthon and his colleagues are experiencing.

That’s because the 2018 Farm Bill that legalized nationwide hemp production also legalized all hemp “derivatives” and “extracts,” meaning that cannabinoids made from extracted CBD are legal as long as the plant where they began met the legal definition of hemp.

In other words, it’s no violation of the U.S. Controlled Substances Act to extract CBD from a hemp flower and then put the CBD through any type of manufacturing process. That legality was affirmed just this month by a federal appeals court in California.

But that doesn’t mean a hemp operator isn’t violating other food and drug laws by selling those processed extracts to consumers.

The U.S. Food and Drug Administration was given explicit permission to control all that, and so far, the agency has declined to authorize any cannabinoid products without a prescription.

At the same time, the FDA has done little over the past four years to regulate widespread sales of hemp extracts such as CBD, despite repeated entreaties from industry groups and retailers to do so.

Confused? State regulators are, too, and their halting efforts to bring order to the marketplace of hemp derivatives explain law enforcement’s apparent whack-a-mole approach to hemp-derived intoxicants.

“Because of the FDA’s delay in developing a regulatory framework for hemp-derived intoxicants, states have had to step in as sort of mini-FDAs,” explained Shawn Hauser, a lawyer specializing in hemp policy at the Vicente Sederberg law firm in Denver.

Talking to hemp operators on a recent webinar designed to help untangle the “complicated and complex patchwork of state regulations” on hemp products, Hauser pointed out that even when states try to get ahead of industry innovations by setting broad limits on things such as “synthetic” or “intoxicating” products, they run into problems.

That’s because there are no definitions of either of those terms in federal law.

States, for now, are on their own to suss out which hemp products need regulation.

And they’re doing so against a backdrop of opinionated business owners across the THC spectrum, not to mention law enforcement and concerned parents who all are clamoring for rules friendliest to their own interests.

At least 16 state legislatures considered proposals to control the sale of hemp extracts in 2022, according to the Vicente Sederberg firm.

Tennessee wasn’t the only state where those proposals spun out. Most of the suggested regulatory changes failed to meet the finish line. Among them:

That’s not to say there haven’t been notable state-level policy changes this year that hemp businesses need to know about.

At least two state legislatures have passed bills to limit the sale of hemp intoxicants and are expecting to see their governors sign them into law:

The legal confusion over where hemp intoxicants are allowed has some cannabis businesses on the run – literally.

Owner Murray Dines is suing the county. And he’s moving his storefront 30 miles away to Lawrence, where he believes law enforcement will allow his shop to operate.

“They can’t make something a Schedule 1 drug that’s federally not,” Dines told MJBizDaily.

“And that’s what’s happening. They have no right to (close stores), but they’re doing it.”

To Antar Davidson, executive director of the Mississippi Farmers Hemp Association, the cat-and-mouse game faced by today’s hemp operators underscores how glaringly inadequate federal guidance has been on a plant with as many uses as cannabis.

“All of this is the utter confusion of basically applying an old justice system to an entirely new plant,” he said.

“Cannabis is so nuanced. You have so many uses within just the one plant. … This piecemeal approach, it’s never going to work.”

Hemp Editor Kristen Nichols can be reached at [email protected].