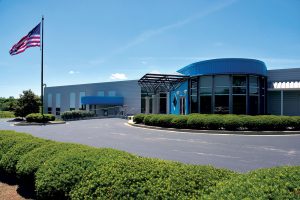 A Kentucky hemp company that helped pioneer large-scale CBD production methods and takes some credit for getting the hemp plant legalized is now facing a cascade of business challenges.

Then, farmers in GenCanna’s network of contract producers started suing the company over what the farmers call inferior seed and broken promises.

The latest blow hit GenCanna last week, when part of its production facility in Winchester, Kentucky, exploded and caught fire with employees inside. No one was injured, but significant property damage resulted.

In other words, growing pains for the privately held company are piling up even as it envisions becoming a global force in the hemp economy.

Started in 2014, GenCanna was among Kentucky’s first experimental hemp growers. The company invested early in large-scale hemp production and helped start a business-minded lobbying group to push for legalization, the U.S. Hemp Roundtable.

The investments paid off.

“We built GenCanna to be a business that does good,” Alex Green, GenCanna chief of staff, told Hemp Industry Daily last month.

The company’s ambitions have manifested in dramatic growth in the past year. Consider:

Delays, lawsuits and a fire

Construction delays put off processing at the Mayfield facility until at least 2020. Construction companies filed roughly 19 liens against GenCanna, claiming they weren’t paid for their work. The claims total more than $13 million.

Company officials insist the factory delays are coming because GenCanna is pivoting to more advanced extraction technology that will take longer to install. The facility will still be a major manufacturing hub, just not until 2020, executives told Hemp industry Daily.

The next blow came when a group of farmers announced lawsuits against GenCanna, alleging broken contracts and inferior seed.

As local newspapers started writing about the delays and disputes, company officials launched a counteroffensive.

GenCanna published roughly 2,000 words in an open letter blasting critics for “narratives created to injure, slander and interfere” with its goals of “delivering social, economic and environmental good.”

“Our business, like all businesses, has its challenges and hiccups. We are committed to overcoming them in the same way all champions do — with class, grace and dedication to a cause greater than ourselves,” the statement read.

GenCanna executives would not discuss the particulars of the farmer lawsuit, but Green did add, “We’re in a confident position. We are confident we will prevail.”

Meanwhile, the company is not wavering in its intent to contract with small growers.

The company’s latest mishap came last week, when a fire and explosion caused heavy damage to its production headquarters in Winchester. The company is still assessing damage and investigating the cause of the fire.

GenCanna officials said the incident will delay production for a few weeks but have no long-term impact on the company.

“We’re very lucky to have multiple facilities, multiple buildings – not only here in Kentucky but nationally as well,” Mangone-Miranda told Hemp Industry Daily.

Still, the explosion was painful because it came at company headquarters, he added.

GenCanna’s recent troubles are making headlines because the company has gained national prominence. But they’re nothing new for a firm that remembers its early days as a scrappy startup, Mangone-Miranda said.

“Challenges are an expectation in any new industry,” he said. “We face challenges head on, and that’s why we are so successful.”

GenCanna executives say they’re optimistic about the company’s future and that it will come through its challenges stronger.

“It’s not easy. You really have to be committed to success. And we fully are,” Mangone-Miranda said. “We think 2020 will be our absolutely record year.”