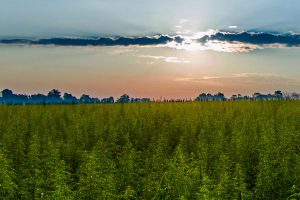 A recent example includes four Oregon farms that are immersed in litigation over production agreements after the 2018 season.

According to documents filed in Oregon’s Marion County circuit court this spring, here’s how the lawsuits break down:

In all three cases, Big Bush Farms alleges it taught the farm operators “best hemp farming practices” and entered into written agreements with the farms to plant, grow, dry and harvest plants.

The agreements stipulated that the farms were required to use “best farm practices, knowledge and experience” to produce and deliver high-quality product with a minimum of 10% on average CBD oil content.

In the Scenic Valley Farms case, the lawsuit alleges the defendant “failed to use best farm practices by, among other things, refusing to hand pick the crop,” which resulted in not meeting the required 10% CBD requirement.

The defendants in each case allegedly sold the hemp crop they produced to other buyers, despite their agreements with Big Bush Farms.

Boones Ferry Berry Farm was identified as the producer that sold hemp to Big Sky Scientific, the Colorado CBD company that saw nearly 7,000 pounds of its industrial hemp seized in Idaho in January.

The companies did not immediately respond to inquiries from Hemp Industry Daily.

With planting underway for the 2019 season, the hemp industry is likely to see more production lawsuits like these, especially when farmers harvest their crops in the fall, attorney Jesse Mondry of cannabis law firm Harris Bricken in Portland, Oregon, told Hemp Industry Daily.

But farmers can use these cases and others like them to learn how to avoid litigation.

“Growers need to draft their contracts very carefully to provide the adequate protections in terms of things like who is going to cover the cost of production and where and when CBD testing is going to be performed,” Mondry said.

Best farming practices haven’t been standardized for hemp yet, leaving that terminology open to translation by the parties involved in a contract.

“What you start seeing in some of these contracts is that the growers are being stuck with ‘best farming practices’ and then having to live up to standards or requirements that are really vague,” he said.

“I don’t know if anyone knows what that means yet.”

Mondry wrote in his firm’s Canna Law Blog about the lawsuits and how farmers can avoid legal production disputes by setting up an Agricultural Production Contract (APC).

An APC is an agreement between farmers and contractors for producing a commodity, which specifies production practices and the expected quantity, quality and agreed-upon payment. An APC also identifies parties responsible for supplying production resources.

“APCs are used by farmers, ranchers and agribusinesses to manage risk and control expenditures. Payment is typically predetermined and outlined in the contract,” Mondry wrote.

He said farmers should consider several factors before signing an industrial hemp production contract, such as:

Ultimately, a generic form agreement will not work for anything cannabis-related, especially production – and often those agreements do more harm than good, Mondry wrote.

“The scope and scale of commercial hemp production is likely to dwarf the sort of farming operations that one sees in the recreational cannabis industry, so the dollar values and the corresponding risks are much higher for everyone involved.”