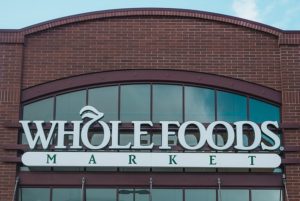 John Mackey’s keynote address and his fireside chat with Marijuana Business Daily CEO Chris Walsh as well as other MJBizCon 2020 content is available on demand.

For the CBD industry to have staying power, products need to be dosed effectively or consumers will become cynical about the much-hyped commodity, said John Mackey, the co-founder and CEO of Whole Foods Market.

Mackey, the keynote speaker for all-digital MJBizCon 2020, made the remarks Wednesday to launch the event during an interview with MJBizDaily CEO Chris Walsh. Mackey said CBD is “the in, hot product” but it needs to be dosed appropriately for people to feel its effects. He said potency levels “can vary tremendously” based on his own experience.

“I’ve been using CBD myself for many years, mostly as a topical,” Mackey said.

“I find it helps relax muscles, and it’s great in massages, so salves and things like that. I love CBD. And taking it orally for relaxation is also something I’ve done as well.”

Whole Foods began stocking CBD products during the past two years. Mackey said the company wanted to enter the CBD market earlier but feared a federal crackdown from the U.S. Food and Drug Administration.

“We were worried that if the FDA wanted to clamp down on it, they would pick a visible target to punish,” he said. “And we didn’t want to be that target.”

The 2018 U.S. Farm Bill legalized hemp and its derivatives but the Food and Drug Administration has not enacted any regulations over the sale of CBD products.

“We didn’t want to be first mover in this,” Mackey said. “And so we saw our competitors doing it, and we had the stores screaming to sell it. We actually finally wanted to get the OK from Amazon. We didn’t want to create negative publicity for the parent company now.”

Mackey’s comments about inconsistent and insufficient dosing levels in CBD have been proven true in several studies, mostly notably the FDA this year. In a July report, the FDA said CBD-infused products it tested were often mislabeled or contained less CBD than advertised. 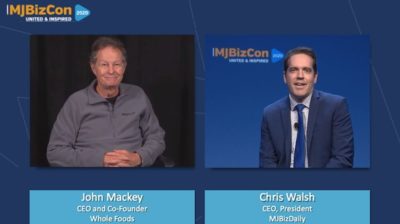 “So that’ll be a quality issue that somehow or another the industry will probably have to work on,” Mackey said. “This happened in the supplement industry – there’s been a lot of studies that show some of the vitamin manufacturers don’t put in what they claim to be putting in, right? It’s cheaper if you cut back a little bit less than what you’re supposed to do.”

Mackey predicted that over the next 10 to 15 years, many businesses will fail but “there’ll be lots of winners” as well – and he added that it’s not too late to get in the CBD game.

“The biggest winners will be those who create special products that create value for people that they are able to scale and get their brands out there,” he said.