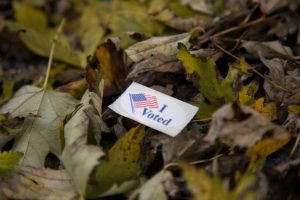 (This column appears in the October edition of Marijuana Business Magazine.)

Hemp policy is not much of a talking point in the presidential debate. And in the hard-fought battle for control of the U.S. Senate, hemp entrepreneurs can rest assured that the top-ranking members of both parties—Kentucky Republican Mitch McConnell and New York Democrat Chuck Schumer—are both staunch advocates for the industry.

After decades of fighting for legality, hemp activists might feel that the toughest work is done and they can now concentrate on unlocking hemp’s potential.

Wrong. The tough political work has just begun. And it’s harder and less glamorous than the work that makes national headlines.

It used to be illegal to grow hemp in the United States. That made life pretty simple to navigate for would-be hemp entrepreneurs—either work in the illicit market or push to change the law and wait.

Now, hemp is legal but highly regulated. That’s great news and a real credit to those who pushed to change federal law.

And success or failure for the hemp industry isn’t going to come from the pioneers who changed federal law. Instead, political success comes from activism by the smallest hemp entrepreneurs—from the farmer looking to try a new crop on a single acre to hobbyist herbal healers looking to sell their products.

So it doesn’t matter that hemp isn’t going to come up at the presidential debates or star in any ads in senatorial battlegrounds. Working in a highly regulated industry means your livelihood is always on the ballot.

All Politics is Local

When I say hemp is always on the ballot, I’m not talking about the contests they talk about on the news. I’m talking about hyperlocal activism.

Local activism means reaching out to your city councils and county commissions. It means finding out who leads political parties in the areas where you do business. Meet the leaders from both parties, and offer your services if they have any questions about hemp or what you do.

Next, reach out to your local chamber of commerce. Some don’t accept cannabis members, but many do. Join the chamber and go their (usually boring) meetings. Meet your fellow entrepreneurs and hear about your community’s business landscape.

There’s a reason entrepreneurs in other industries make time for networking at chamber of commerce-style coffee meetings.

The reason is that face-to-face hobnobbing makes a world of difference when local officials consider things such as zoning and taxes. Local officials who know the business owners affected by their decisions act differently than those who don’t.

Consider the 2018 Farm Bill. A lot of folks rightly credit McConnell for insisting on hemp’s inclusion in it.

Why would McConnell, a lawyer who has never farmed, care about hemp?

It’s not because McConnell read Jack Herer’s book or had a critically ill child suffering from a condition untreated by conventional medicine. It’s because lower-level partisans in Kentucky—folks who attend those boring breakfast meetings—kept hearing about the hemp plant and passing on the desire to see it legalized.

Grassroots activism is more important than ever now that hemp is legal.

Because while hemp might be legal, it doesn’t necessarily have a seat at the table.

Remember how the federal government set aside billions of dollars to support small farmers hurt by the coronavirus pandemic? Right now, most of that money isn’t going to hemp operators—not because they’re immune from the pandemic, but because hemp producers don’t have enough say in government budgeting.

So when you fill out your ballot this year and wonder which candidates would be better for your hemp business, keep in mind that all candidates can be strong allies. But it’s up to you to stay engaged long past Election Day to make sure the folks in charge understand your business and how they can help it thrive.

Kristen Nichols is editor of Hemp Industry Daily. She can be reached at [email protected]