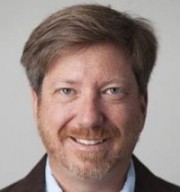 On Dec. 28, 2015, the Fourth Corner Credit Union will finally have its day in court.

Fourth Corner was founded last year to provide banking services to supporters of the hemp and cannabis industries. It received a charter from the state of Colorado on Nov. 19, 2014.

As a defense to the lawsuit, the Federal Reserve Bank of Kansas City (FRB-KC) argues this case is about the federal illegality of cannabis, but it is not.

Can FRB-KC, an independent Reserve Bank that is not a federal agency, nullify a Colorado state charter? I believe law and common sense will prevail.

It is often quoted that 23 states as well as Washington DC have legalized some form of marijuana consumption; but when you expand the discussion to include hemp you expand the number of states in opposition to the Schedule 1 status of cannabis to 43!

For eight years I have watched the systematic dismantling of cannabis prohibition. I am convinced that senior members of all political parties realize the war on cannabis is misguided.

The United States has billions of dollars being transacted in this highly regulated state licensed industry. Denying these state-licensed businesses and their vendors transparent access to banking creates an unsafe environment for everyone.

It is the prohibition on banking, not the industry, that is enabling dangerous practices to continue.

Additionally, this practice promotes a de-facto limitation on the tax revenue that is collected.

There are a small subset of banks and credit unions that have opened a limited number of accounts for marijuana businesses “under the radar.” For most businesses, however, working directly or indirectly in the industry is sufficient grounds for bank accounts to be closed without an opportunity for discussion or appeal.

That is why a credit union like The Fourth Corner is necessary to service this social movement.

The Fourth Corner Credit Union was granted a charter by Colorado to serve legalization supporters and compliant state-licensed businesses in accordance with formal guidance on marijuana banking adopted by six federal executive agencies.

Absolute control creates a monopolistic environment that has caused unfairness and disruption of our financial system in the past.

The comparison of a social movement using democratic means to end prohibition with a communist dictatorship engaged in crimes against humanity demonstrates that FRB-KC does not understand democracy, or Colorado.

FRB-KC proceeds to further disrespect the dignity of the state by arguing that it should not be forced to make federal “services available to all comers” because a rogue state like Colorado could jeopardize the nation’s monetary system “through the quality of the institutions to which they granted credit union charters.” These are corrupt arguments.

This overdrawn picture is in reality a distortion of the facts, the only effect of which is to divert attention from the real question presented and to prejudice its impartial consideration. Given their perspective, it is not surprising the FRB-KC has asked for the case to be dismissed.

Is the FRB-KC in a position to dictate which social movements are allowed to organize and which ones are not? The FRB believes it has unfettered control. The Fourth Corner believes it does not and that is why we have asked the court to grant summary judgment in our favor as a matter of law. The court will decide.

Many people tell me that winning a case against the Federal Reserve is impossible. I am often reminded that working in this industry is like living in Alice in Wonderland.

To quote it authoer, Lewis Carroll, “Why, sometimes I’ve believed as many as six impossible things before breakfast.”

Mark Goldfogel is the executive vice president of industry relations for the Fourth Corner Credit Union.