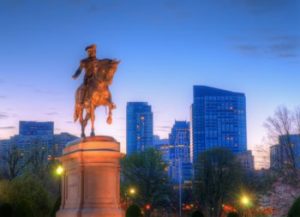 But how modest or extreme those changes will be, and whether they’ll constrain the market, is less certain.

Most rec marijuana advocates are resigned that they can do nothing to stop a committee of lawmakers from changing the law.

Instead, proponents have turned their focus to trying to contain the alterations, hoping that whatever changes are made won’t adversely affect a recreational marijuana industry whose start already has been delayed until June 2018.

The committee picked to examine the law is expected to address numerous issues, including packaging and labeling, home growing, hemp cultivation and expanding the size of the state’s cannabis commission.

There are two specific areas of concern for cannabis industry advocates and businesspeople:

The law – the Regulation and Taxation of Marijuana Act, or Question 4 – is not an amendment to the state constitution, so legislators are legally permitted to make alterations, regardless what voters approved.

And the 17-member Joint Committee on Marijuana Policy – headed by Sen. Pat Jehlen and Rep. Mark Cusack – won’t lack for material as it considers any proposed changes to the ballot measure.

Roughly 90 bills aiming to make alterations to the rec cannabis law have been introduced, although advocates say many are probably nonstarters. That’s an unrealistic number of bills for any group of lawmakers to tackle, so the committee is expected to review the measures – specifically, the concerns they express – and likely revise the adult-use law accordingly.

“I’m cautiously optimistic that the lawmakers are going to do what they say they’re going to do, which is respect the will of the voters,” said attorney Adam Fine, who heads the Boston office of canna-centric law firm Vicente Sederberg.

“We have to be vigilant,” added Fine, who helped draft the legalization initiative passed by voters. “If they start talking about delaying the sale of edibles and extracts and things like that for two years, that’s not what the voters voted for.

“If they talk about constraining the marketplace, that’s not what the voters voted for. There is a line.”

And some proponents of the rec law worry legislators will cross that line.

“I am concerned that substantive changes will be made to the initiative,” said Kris Krane, managing partner of 4Front Advisors, a cannabis-focused consulting firm in Boston that represents MMJ program applicants.

Jehlen, senate chair of the committee, is considered a strong legalization supporter. She says marijuana proponents have no reason for concern under her watch.

“In considering changes to the ballot initiative, I would have to be convinced that it would enhance or improve the implementation of the voters’ will,” Jehlen said in a statement to Marijuana Business Daily. “My goal is to provide residents with a safe and legal way to use, grow, sell and purchase recreational marijuana, and to eliminate the black market.”

She outlined a process in which public hearings will be conducted statewide “allowing everyone to voice their thoughts and concerns. … Through this process, the committee will learn more about how to best structure and implement this law so that adults in Massachusetts have safe, legal access to recreational marijuana.”

The initiative passed by voters calls for a 3.75% excise tax on recreational sales as well as a 6.25% state sales tax. Cities and towns could also levy a 2% tax, for a potential overall tax rate of 12%.

The committee likely will change that provision, even though the tax rate was carefully considered in the draft process, say two of the authors, Fine and Krane.

They said they tried to strike a balance between having a tax high enough to generate significant revenue while also having a rate low enough to undermine the illicit market.

“That’s something that has a high likelihood of being looked at and changed,” Fine said. “I think as long as it’s reasoned and thought out, people won’t have a big issue with it.

“We felt we put the appropriate tax rate in place. If there’s evidence to the contrary, present it to the committee. We just don’t want a very high tax rate that will allow the illicit market to keep flourishing.”

“It’s almost certain they’re going to raise the tax rate. Depending on where they raise it to, I think it’s something the industry can deal with. But it’s still a blatant violation of the will of the voters.”

The other big business-unfriendly change that’s expected would give local governments the power to ban marijuana companies.

Under the initiative, towns must issue a number of cannabis licenses that equals 20% of the number of liquor stores in town. So, if a town has 10 liquor stories, it must make two cannabis business licenses available.

The initiative as written does not permit local governments to ban marijuana businesses but allows residents to do so by way of a referendum.

“We will vehemently oppose any attempt to take away from voters the ability to prohibit marijuana establishments,” said Jim Borghesani, a spokesman for the Yes On 4 campaign that passed Massachusetts’ rec cannabis law.

“To give it to (local governments) would pretty much be ushering in a new era of prohibition.”