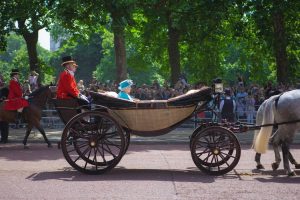 According to an unnamed source in the report, the drinks have been popular with patrons of the shop, which was founded in 2001 after the Duke of Edinburgh proposed selling goods from the Royal Estates and other small suppliers to support local business.

The shop did not comment specifically on stocking the CBD beverages, with a spokeswoman saying only, “The shop sells a number of widely-available soft drinks. Stock varies throughout the year.”