In a move to achieve its strategy of serving customers at scale, a New Mexico hemp producer announced executive-leadership changes that will take effect Jan. 1.

Santa Fe Farms appointed Kim Kovacs as its new chief executive officer, while current CEO Steven Gluckstern will transition to executive chair with a focus on industry advocacy, according to a news release.

She noted that the farm has grown significantly over the past year with its business model, brand and go-to-market strategy while reengineering its corporate structure.

“We identified our strategic business objectives for the road ahead, which includes one million acres of industrial hemp under cultivation by 2027,” Kovacs said in a statement. 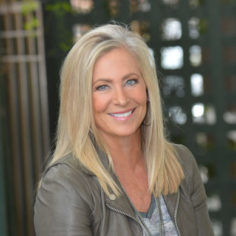 The farm aims to reach more than 15% of its goal in 2022 by contracting with farmers, including Indigenous farmers.

In another change, Chief Operating Officer Rick Schawelson will add the role of president to his current responsibilities – overseeing the company’s growth and cultivation, processing and products operating units as well as its industrial farming, Indigenous partners and international relationships.

“We have been collaborating with major universities and government entities to elevate hemp as a primary crop in US to make it eligible for future subsidies economic benefits for farmers in the US,” Schawelson said in a statement.

Earlier this year, the company acquired Longmont, Colorado-based High Grade Hemp Seed to establish a line of proprietary genetics and now has more than 2 billion seeds in its inventory, Schawelson added.

Gluckstern, meanwhile, said he aims to educate the public on hemp’s potential through his new role.

“From reducing our reliance on hydrocarbons to helping replace traditional low-value animal feed stock, to providing a new pulp source for paper and packaging to helping us dramatically increase the amount of CO2 we can sequester through agriculture, industrial hemp is the answer,” he said.