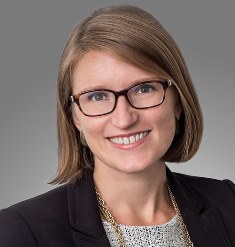 The nascent CBD market is hot: The cannabis compound is popping up in a dizzying variety of products, from maple candies to skin creams to dog treats.

The boom has marijuana growers and graying tobacco farmers in a rush to churn out a cannabis product that they can sell online – without many of the regulations and legal issues tied to marijuana.

But a researcher who produced some of the most exhaustive investigations yet into the potential for CBD products has some cold water to throw on the fire.

Gomez oversaw two CBD market reports for Brightfield, which specializes in cannabis industry data and creates separate projections for CBD products made from hemp and those made from marijuana.

She has a history of sizing up markets where reliable data is scant or nonexistent, having once even tracked alcohol sales in Latin America with zero official data sources.

Brightfield predicts triple-digit growth for both types of CBD products over the next five years:

Gomez spoke with Marijuana Business Daily about what Brightfield learned about the CBD market.

Why research the CBD market when so little is known about it?

We decided to start covering hemp because everyone was saying, “I want to do a hemp line. Should I do a hemp line?” We were realizing that most people didn’t have a solid grasp on the status of the hemp industry, the potential.

What stood out in your findings?

When we started analyzing it, we realized most people didn’t have a solid grasp on the dynamics of the hemp industry.

But we were starting to look into the industry and we realized how many companies were in this space, and very few of them were actually moving significant volume.

There’s a giant block when it comes to marketing.

Sure, you can sell (CBD products) across state lines, but people have to know to look for you. If you’re selling online, but you don’t have mainstream publicity or you’re not one of the first to turn up in a Google search, people aren’t going to find you.

Just because you can sell across state lines doesn’t mean you’re connecting with your consumers.

People aren’t really connecting with consumers, particularly outside the states where marijuana is legal.

And you found that CBD demand is actually higher in states where marijuana is illegal, correct?

Absolutely. In consumer surveys in legal states, people were saying, “Why would I use hemp when I can access marijuana?”

Most were seeing hemp and CBD as less effective than marijuana. There’s a lot of skepticism among the strongest cannabis consumers – people who use marijuana on a regular basis – that hemp is snake oil.

Is there a particular region of the country where you see strong demand?

East of the Mississippi, that’s where we’re finding the most untapped potential.

There’s a wide public understanding that medical marijuana has medicinal value, that CBD works. But a lot of people east of the Mississippi are not sure of the psychoactive effects of marijuana.

How do producers reach those customers?

The customers you want to reach aren’t going to smoke shops. They’re not going to dispensaries. That’s not where people go for holistic medicine.

You want to be looking for health-food shops. That’s a channel you want to push as much as possible.

And mainstream press coverage for hemp companies is so important. With all the marketing challenges, that’s the best way for consumers to connect with you.