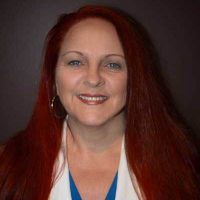 A Washington State marijuana entrepreneur may be close to getting her low-THC cannabis-based health and beauty product line on the shelves of retail titans such as Kroger-owned grocery stores.

If successful, the development would further push cannabis-based products into the mainstream retail world.

Ah Warner, the founder and CEO of Cannabis Basics, said she struck a tentative deal last month with Crown Pacific Fine Foods to distribute her infused product line to retailers.

Crown Pacific is a Kent, Washington-based importer and distributor of gourmet specialty foods and confections, including olive oil, pasta, coffee, cookies and other goods.

If things go as planned, Warner said, Crown would distribute her topicals to retailers, starting with health food stores and ultimately expanding to more mainstream outlets. The topicals have a THC content of 0.3% or less. Warner’s company also carries a hemp-based beauty line that doesn’t contain THC.

“This is a big deal. This is the first time that anything with THC will be allowed in the mainstream marketplace,” Warner said. “I could be optimistic, but I expect that this time next year for my sales to have quadrupled.”

Warner said the ball got rolling when state lawmakers began working last year to meld Washington’s medical cannabis system with the same regulatory system that oversees the recreational marijuana industry. Previously, about 130 medical dispensaries carried her topicals. But that came to an end when new regulations combining the two markets took effect July 1.

“Some of these new adult-use stores will eventually have a medical endorsement. But I’ll not be able to carry my products in those stores, because I was not allowed to apply for a processor license since my products are all less than 0.3% THC,” Warner explained.

Because Warner didn’t want to register as a “502 processor” – named after the 2012 initiative that legalized rec, Initiative 502 – she had to find a different way to keep her business afloat. She knew she had to get out in front of the new regulatory scheme, so last year she began lobbying state lawmakers for an exception.

Warner succeeded in getting an amendment to House Bill 2136 through the legislature last year. Gov. Jay Inslee signed the legislation into law.

Among other things, the measure allows for a “Cannabis Health and Beauty Aid Exception” – what Warner calls “CHABA.” In effect, it allows for virtually any store to sell infused cannabis beauty products, as long as they have 0.3% THC or less.

That legal opening was all Warner needed.

“I’m not a 502 processor. I’m never going to be a 502 processor. Instead of begging them to let me sell in 502 pot shops, I opened up the mainstream,” Warner said. “In my mind, do I want 200-and-some weed stores? Or do I want every other retailer in the state of Washington? It was an easy choice for me.”

Currently, Warner said, she has about 30 stores that carry her topicals, such as independent doctors, herbalists, and small health food stores. She’s hoping that Crown Pacific will be able to broaden that horizon and get her products into more stores across the state.

“We’re going to go and get all of the small health food stores, so when we go to talk to the big buyers we have much more negotiating power,” Warner said.

But so far there haven’t been any bites, a Crown Pacific spokesman said.

“We’re kind of still at that point of finding a customer who wants it,” said Craig Cayton, a Crown Pacific employee who’s been in contact with Warner about potentially distributing her topicals. “A customer, who was a Kroger man, wanted to bring the product in, and apparently they ran into some roadblocks and couldn’t bring it in.”

Cayton said he’s heard of some interest from a few stores around the Tacoma area, but nothing firm yet. That means there’s no signed contract between Cannabis Basics and Crown Pacific.

“It’s too early to tell,” Cayton said. “I’m not saying that just because it’s a cannabis product. I’d be saying it if it were any other product. We’re just not there yet until we hear from a retailer. There’s nothing to lead me to believe it won’t happen. In a few days, the answer could be different.”

Cayton predicted that at some point mainstream retailers will decide to start carrying Warner’s infused topicals, given the initial interest from the Kroger executive. But, according to Warner, that deal fell through because a higher-up at Kroger was wary of the company selling a THC-infused product, given that it’s still technically illegal under federal law.

“There’s still such a fear, because they think they’re going to get in trouble with the feds,” Warner said.

A spokeswoman for Kroger did not return messages requesting comment Tuesday afternoon.

But corporate wariness is another reason Warner wants to start with smaller companies, which are typically willing to risk a bit more than larger chains. Once she can demonstrate to bigger retailers like Kroger that the federal government isn’t going to interfere with several dozen smaller companies across Washington, she thinks they’ll be more likely to pick up her topicals.

But there’s no telling how long it may take for all of this to launch, Cayton said.

“It could take six months to a year for them to bring that product in. You never know. It could be two weeks,” Cayton said.