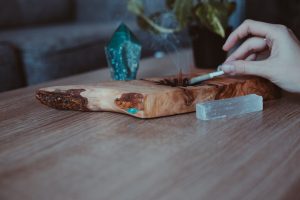 (Editor’s note: This column is part of a recurring series of commentaries from professionals connected to the hemp industry. Andrew M. Rosner and Kaelan Castetter are vice presidents of the New York State Cannabis Growers and Processors Association.)

Government officials nationwide are talking about banning the sale of hemp flower in the name of public health. But we know from experience that the prohibition could do more harm than good.

Three of the four most populous states – California, Texas and New York – have either passed smokable hemp bans or are considering them. New York provides a good case study to guide industry in addressing this issue.

In New York, the state Department of Health recently proposed regulations that ban the sale of hemp flower, which would result in harm to the many New Yorkers who prefer flower, a lower-cost item than other, more highly processed hemp products.

By permitting flower, states can address safety and access to this fast-growing market segment.

In fact, ensuring quality on unprocessed flower can utilize the same approaches for other manufactured products.

The New York Hemp Regulations require farmers and processors to maintain strict record-keeping and test their products for:

Products sold in the marketplace must provide testing panels directly to consumers. Cannabinoid hemp products that contain levels that deviate from the allowable limits are considered adulterated and must be destroyed.

New York State can take a similar approach with smokable flower by creating testing panels and limits for combustible products. 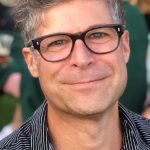 As it works to legalize adult-use marijuana, New York will almost certainly adopt standards for smokable products. Smokable hemp can provide a template for adult use and begin developing the internal processes that marijuana will require.

The health department attempted to justify the smokable-hemp ban by referring to its “efforts to reduce tobacco and smoking consumption.”

New York’s health department rightfully took a harm-reduction strategy with hemp vaping products and should do so with hemp flower.

Putting aside the current regulatory contradictions, a public health harm-reduction strategy should consider whether banning hemp flower will actually have any effect on people’s behavior. We know from studies of alcohol prohibition that consumption of alcohol remained steady over the period of the laws’ effect. 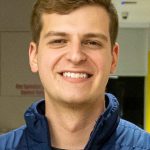 The banning of flower may actually lead to a rise in smoking tobacco — a known carcinogen with negative systemic health impacts.

Whether this is due to familiarity of consuming the plant in its unprocessed form or accessible price point (on average one third the price of CBD oil), tobacco smokers are now spending on average $88 a year on hemp flower products, according to Nielsen.

These consumers will most likely shift that spending back to tobacco products, which lead to 480,000 American deaths annually and increased rates of addiction. Nicotine naturally occurs in the nightshade family of plants, such as tobacco, but not in hemp plants.

The report even goes so far as to mention the “possible therapeutic application” of CBD in addressing tobacco addiction in people.

In New York, state Assemblywoman Donna A. Lupardo recently introduced a bill to amend the public health law in relation to cannabinoid hemp.

As one of the authors of New York’s law giving the health department the role of regulating hemp, Lupardo understands the layers involved in hemp production and the legislative intent behind the original bill.

Her recent actions indicate that the health department went too far in banning smokable flower. The prohibitive stance against hemp flower undermines the purported mission of the state — to ensure that New Yorkers purchase tested, labeled and quality-controlled hemp products.

Lessons for the industry

Using a multipronged approach, the hemp industry within states can play an instrumental role in opposing bans.

First, start early to advocate directly with state representatives on statutory and regulatory language. Support from elected officials can help in significant ways in applying pressure on administrative bodies that may go rogue.

Second, like in New York, consider independent legislation that legalizes smokable hemp flower. This can help prevent covert efforts to impose flower bans from outside sources.

Third, like in Texas and Indiana, industry representatives can bring a lawsuit against the state for harms caused by the ban.

Ideally, the hemp industry within a state will use a number of the above approaches in tandem with a vigorous social media campaign.

Nothing beats getting the word out and letting other people know the impact of the ban on their family, friends and neighbors.

Alcohol prohibition took 13 years to undo. We only hope that what started in 2020 with the release of the flower ban sees a much shorter period of prohibition and we learn from the mistakes of the past in creating hemp regulations that protect all New Yorkers.