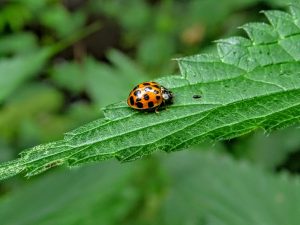 Hemp industry advocates have long heralded the sustainable benefits of hemp production and the crop’s ability to right past wrongs by replenishing the soil and, by extension, the earth.

But hemp is still a crop that needs water and nutrients. Hemp attracts pests and is getting attention among traditional commodity farmers as a potentially lucrative crop for conventional broadacre field production.

As the hemp industry develops and more resources become available for crop production, advocates of sustainable production say farmers have a choice: Hemp can be a crop that heals – or it can follow in the same footsteps of other commodities that have caused mass erosion, soil contamination and groundwater pollution.

In the spirit of Earth Day this month, Hemp Industry Daily talked with industry insiders about how hemp farmers can maintain the crop’s green reputation and function through responsible farming practices.

Licensed hemp producers who meet federal, state and tribal requirements can participate in the following NRCS programs in the 2020 season:

The USDA Organic Certification gives hemp farmers the opportunity to seek official certification for their crops by growing under strict parameters, which allows them to market their crops under the program well-known to consumers.

In other agricultural markets such as produce, consumer purchases of organically produced goods have increased rapidly.

Farmers can produce hemp organically without getting certified; however, they can market their products as “organic” only with USDA certification. It’s a move several in the hemp industry have made to gain a leg up on the competition.

But organic certification is not a simple process – and producers should be committed if they’re going to take it on, said Dan Dolgin, co-owner of JD Farms, the maker of Eaton Hemp in Madison County, New York. JD Farms was the first organic hemp farm in the state.

“Every organic certification is a yearly process that’s extremely intensive, and we pride ourselves in being organized – that definitely helps,” Dolgin said.

“Stewardship is that sense of ownership, and we take great pride in the fact that we are guardians of the cycle of life.”

Hemp operators who have secured USDA organic certification say that in addition to production being more environmentally friendly, that familiar label can be an effective tool to assure consumers that the products they’re buying have been grown sustainably with no chemicals, increasing consumer trust in a market where growers and manufacturers are limited in how they market their products.

Hemp lends itself well to regenerative farming, according to John Roulac, founder of RE Botanicals, a San Francisco hemp company with growing operations in South Carolina.

“Soil and oceans are the greatest carbon sinks in the world, and the No. 1 job if we want to survive in this planet is taking the load of carbon that’s in the atmosphere … and returning it back to where it belongs, which is below the ground,” Roulac told Hemp Industry Daily.

According to Roulac, farmers can return carbon to the soil through regenerative farming practices, including:

Hemp is a heavy user of nitrogen, and the industrial way to produce nitrogen is to use hydraulic fracturing to collect natural gas. So even organic crops grown with synthetic fertilizers can pollute waterways, Roulac said.

Instead, the use of rotational crops such as alfalfa, peas and vetch can restore nitrogen from the atmosphere.

“The majority of farmers in America today use synthetic fertilizer because it’s cheap and convenient, but it destroys our soils and destroys our groundwater and is destroying our planet,” Roulac said.

The soil in fields mass-producing conventional crops is depleted of nutrients, with few microorganisms left. So it can take three to five years for farms to replenish soil by implementing regenerative practices.

“It basically follows the practice of spread it, slow it, sink it: When water hits the soil and the ground, if you’re practicing regenerative agriculture, that water penetrates into the soil quickly; whereas. if you’re using industrial practices, degenerative practices, (the water) runs off, and it can cause massive soil erosion,” Roulac said.

By increasing organic matter in the soil, he added, farmers can conserve water and improve biodiversity, including protecting pollinators such as bees and insects.