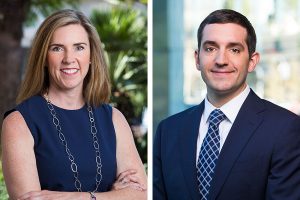 (Editor’s note: This story is part of a recurring series of commentaries from professionals connected to the hemp industry. Beth Collins and Chris Guillen are attorneys with Brownstein Hyatt Farber Schreck in Santa Barbara, California.)

Hemp cultivation is a burgeoning industry in California with huge potential.

However, many local agencies in the nation’s largest marijuana economy have squelched the industry’s development by adopting outsized buffers and other strict cultivation restrictions.

Other crops and agricultural land-related uses can yield similar and in some cases greater impacts. But this crop has been targeted because it is new and because people confuse it with marijuana.

The good news – there are strategies that the hemp industry can use to counter anti-hemp zoning restrictions since often there are win-win scenarios to be found. Restricting hemp hampers not only the hemp industry but also agricultural communities at large.

Here are 5 effective strategies that we employed while representing an alliance of agricultural organizations in Ventura County in their successful effort to enact a hemp ordinance that reasonably allows hemp cultivation in the county while protecting other existing land uses:

1. Set the context and educate stakeholders about hemp’s benefits.

New groundwater regulation will significantly reduce the water supplies for farmers in many California regions over the next 10-plus years. And climate change is increasing water scarcity by changing historic precipitation patterns.

While water demand for most crops varies based on soil, climatic conditions, and management practices, hemp requires significantly less water than citrus and alfalfa and about a third as much as pasture land (according to a water offset program administered by the County of San Luis Obispo in California).

Hemp can be grown with minimal pesticide or herbicide application and is a unique plant employed in some cases to actually remediate the soil, removing residual pesticides and other contaminants.

The hemp industry is just taking shape in most locations.

To prevail against proposed regulation, don’t take on all the work alone. In some locations, well-established agricultural groups such as the local Farm Bureau and other farming and ranching industry associations have long stood up against restricting agricultural operations due to claimed nuisance impacts to nearby residents.

3. Take local officials to the fields

Many staff members and decision makers from local agencies, such as planning departments, planning commissioners or county board of supervisors, have limited experience with agricultural operations, and most have never been to a hemp farm.

Site visits can educate these decision-makers about agricultural operations, the many efforts farmers take to mitigate impacts associated with their operations and the hard work and planning it takes to cultivate hemp, and take away the fear of the unknown.

Although many in the agricultural industry resist any buffers or carve-outs for specific regions, agreeing to limited restrictions has helped strike viable compromises that allowed the industry to develop in the rest of the region.

For example, some jurisdictions have adopted prohibitions in specific areas based on local topography that can intensify odor impacts. In the case of Ventura County, there is a valley where, regardless of buffers, odors were likely to continue to be an issue. But elsewhere in the county, a reasonable buffer of a quarter-mile effectively protects sensitive buffers.

Farmers also have agreed to other ways to reduce potential conflicts by agreeing to build protocols into local regulations that will reduce the likelihood of extended impacts associated with harvest and post-harvest plant products. This could include outlining harvest periods to reduce the time flowering plants are in the field.

The most severe local hemp restrictions across California can be traced to some bad actors —hemp farms in inappropriate locations or that have been mismanaged such that they created significant impacts on neighboring communities.

Organization and coordination among hemp growers and with other stakeholders in the area is key.

Every local jurisdiction is different, and the politics of hemp can be challenging, especially when just saying no to this new crop can appear to be the easiest answer. However, a number of local jurisdictions across the state have successfully adopted reasonable regulations, often as a result of local hemp advocates applying these lessons learned.

Beth Collins can be reached at [email protected]

Chris Guillen can be reached at [email protected]