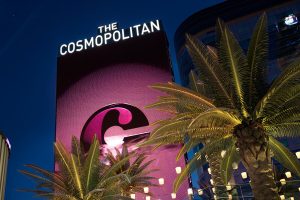 These are just some of the categories for which the editorial team of Marijuana Business Daily vetted more than 670 entries for the inaugural MJBizDaily Awards.

With the list of nominees having been culled to 55 finalists, a panel of cannabis industry professionals is hard at work helping to pick the winners.

A single winner for each category will be announced at the gala awards ceremony on Thursday, Dec. 12, at The Cosmopolitan of Las Vegas as part of MJBizCon Week.

“We’re now at a place where we can put the effort needed into creating a pre-eminent, credible B2B awards program that recognizes leading companies and executives.”

To be considered, companies were required to submit revenue figures for the past four years, profit and loss information as well as number of employees and locations.

“We aim to bring the credibility and trust Marijuana Business Daily has built up over the past eight years to an awards program,” Walsh said.

Tickets to the awards reception are available for attendees of MJBizCon, the largest event for cannabis professionals in North America.

The Apothecarium (subsidiary of TerrAscend Corp.)