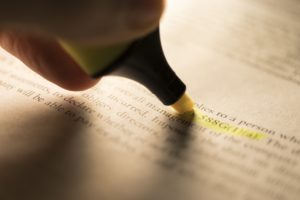 Hemp industry members have seen increased legislative action on Capitol Hill over the past year to help push the industry forward.

Industry insiders are encouraged by the momentum building among lawmakers from both major parties to support hemp production and clear the bottleneck keeping hemp-derived CBD from being regulated by the U.S. Food and Drug Administration.

Yet the ongoing coronavirus pandemic, coupled with partisan politics, have meant slow movement through Congress.

Any of these measures would mean big changes for the hemp and CBD industries, making them worth following.

Here’s a breakdown of seven federal bills on the docket – plus one state measure – and a look at why they’re important to hemp farmers and business owners.

The most recent legislation to debut on behalf of hemp, the CBD Product Safety and Standardization Act of 2021, was introduced this month by a bipartisan group of U.S. representatives, including Reps. Kathleen Rice (D-NY), Angie Craig (D-MN), Morgan Griffith (R-VA), and Dan Crenshaw (R-TX).

The bill would require the FDA to regulate CBD as a food additive, and to issue regulations specifying the maximum amount of hemp-derived CBD per serving, labeling and packaging requirements and conditions of intended use.

“CBD products are exploding in popularity, but the lack of federal regulation surrounding them has put consumers at risk and left businesses looking for clarity,” Rice said in a statement.

She added that the legislation would remedy that by establishing a “clear regulatory framework” that would keep unsafe products off retail shelves while providing stability for hemp and CBD businesses.

Hemp champion Sen. Ron Wyden, a Democrat from Oregon, along with Kentucky Republican Sen. Rand Paul, introduced the Hemp Consumer Safety Act, a bill that would force action by the FDA to regulate food and dietary supplements that contain CBD.

Federal law currently prohibits the sale of food and dietary supplements that contain an ingredient that is an active ingredient in an approved drug, or a drug for which there have been substantial and publicly known clinical investigations under the Drug Preclusion Rule.

The bill would exempt hemp and hemp-derived ingredients, such as CBD, from this rule and give the FDA authority to establish labeling and packaging requirements for foods and dietary supplements containing hemp.

Wyden told hemp industry members in November that FDA’s lag in action poses consumer safety problems, because the high interest in CBD has caused a piecemeal regulatory framework across the U.S. that makes it difficult for manufacturers to comply with basic standards and appropriate labeling regulations, and it also impedes progress for farmers.

Introduced in February by another Oregon Democrat, Rep. Kurt Schrader, this bill would allow the use of hemp, and hemp-derived ingredients, including CBD, in dietary supplements under the Federal Food, Drug and Cosmetic Act.

The legislation would seek to make an exception for CBD under the Drug Preclusion Rule under the FD&C Act, which states that a material that has already been approved as a pharmaceutical drug cannot be approved as a dietary ingredient.

This rule affects both CBD and THC, which have both been approved in pharmaceuticals, according to Kelly Shea, senior vice president of government affairs and corporate communications at Denver-based CBD company Charlotte’s Web.

“The cannabis industry, when federally legal, will face the same situation with THC, which has been approved as a drug,” Shea said.

“Other cannabinoids could (already) be in the NDI phase (investigational new drug application). This is why HR 841 is the preferred piece of legislation. It addresses the drug preclusion rule with all part of the hemp plant, not just CBD.”

Schrader’s bill awaits consideration by the House Committee on Energy and Commerce’s Subcommittee on Health.

The bill, reintroduced in March, also would require testing of hemp-derived products after processing, rather than the hemp flower or plant itself, and would aim to keep legal hemp from being seized during transport by requiring that hemp shipments be accompanied by documentation.

Thus far, the bill has been referred to the U.S. Senate’s Committee on Agriculture, Nutrition and Forestry.

The Cannabis Administration and Opportunity Act, introduced in July, is a comprehensive reform bill that would legalize marijuana on a federal basis by removing the plant from the Controlled Substances Act and allow states to continue to decide whether to prohibit or allow commercial sales.

Yet the bill put forward has not gained bipartisan support and has been criticized as legislation that would “create industry winners and losers.”

Regarding hemp, the draft legislation would allow CBD to be approved as a food and dietary supplement. But it offers no provisions for other hemp-derived cannabinoids nor ingredients, the National Industrial Hemp Council noted in a letter to the senators.

The trade group advised using the same language as that included in Wyden’s Hemp Access and Consumer Safety Act by including all hemp-derived products.

The latest comprehensive cannabis legalization bill, introduced in November by South Carolina Republican Rep. Nancy Mace, would reform the country’s approach to marijuana regulation. In addition to removing marijuana from the list of federally controlled substances, the bill would:

Where the legislation most affects the hemp industry is this last point, which would create a pathway for cannabis-infused foods, drugs, dietary supplements and medical cannabis products.

The SAFE Banking Act, legislation that could reform banking and lending for hemp and marijuana companies, was removed from a defense spending bill in Congress in early December, dashing hopes of meaningful federal reform in 2021.

The banking initiative had been amended into the defense bill in September by the House.

Sponsor Ed Perlmutter, a Democrat from Colorado, unsuccessfully tried during to get SAFE Banking reattached to the bill in December.

The measure faced opposition from key Senate Democrats and the Drug Policy Alliance.

A New York measure introduced in November by state Sen. Michelle Hinchey would prioritize the use of hemp-based packaging for cannabis products.

It would also task the state’s cannabis management and economic development offices to create an incubator program that would offer financial incentives to farmers and cannabis entrepreneurs who contribute to the development and use of hemp packaging materials.