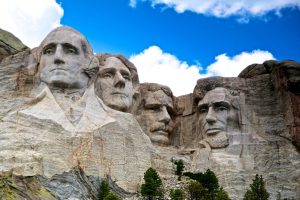 State regulators in South Dakota have devoted the summer of 2019 to learning about hemp after Gov. Kristi Noem’s veto of a measure that would have allowed for hemp production in 2019.

South Dakota is one of the only Western states that has not passed legislation to enable hemp production by 2019.

Lawmakers and an adviser from the governor’s office spent a few days in Kentucky last month, the Rapid City Journal reported. They toured hemp farms and processing facilities and learned about how the state handles issues related to law enforcement, including transporting hemp with certified paperwork.

The prospect of hemp creating problems for law enforcement was one of Noem’s concerns when she vetoed the hemp legislation.

GenCanna, a hemp producer and CBD company based in Kentucky, was one of the sites the group visited on the tour.

“The folks that came to visit us were from a farming background, even though they’re in the legislature now. They want to see and feel and touch it to make it real and have a reason to allay their fears,” GenCanna President Steve Bevan told Hemp Industry Daily.

Additionally, the South Dakota legislators plan hearings to learn about how other states approach hemp production and regulation.

The first hearing was Thursday.

“What they’re trying to do is have a bit of a public forum where they can get some experienced voices in South Dakota,” said Bevan, who planned to testify.

Bevan said he will speak about industrial hemp research and production and will also provide his perspective on the benefits of working with hemp industry organizations.

“We want to make sure that they find a way to include law enforcement at a local, state and even federal level so that there’s an open-door policy from day one,” Bevan said.

“Farmers and everyone involved in hemp, they all want to be in compliance. … I want to show them that there’s high administrative thinking involved in (growing and processing hemp).”