Gender equity across the cannabis industry is still lacking – especially in ownership and executive positions.

And it’s a problem that appears to be getting worse.

MJBizDaily recently completed its third annual survey of female and minority participation at all levels of employment in the hemp and marijuana industries and uncovered sobering statistics that show the cannabis industry across the THC spectrum is falling short.

We uncovered just one state, Nevada, in which the cannabis industry reported a higher ownership rate for women than the proportion of businesses in the traditional economy owned by women.

As the cannabis industry prepares to gather next week in Las Vegas at MJBizCon, we caught up with some women in the industry to get their thoughts on gender equity in an industry dominated by men, and what they think can be done to change things.

Answers have been edited for length and clarity.

What can be done to overcome the cannabis “bro” culture that persists in many workplaces across the cannabis sector? What have you experienced, and how did you overcome it? 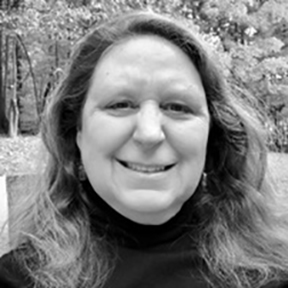 Each week, at least one bearded 30- to 40-something comes into my business and proceeds to expound on what he knows. It seems you can become an expert in the cannabis industry by understanding how to smoke weed and use a bong. …

As a woman with over 40 years experience in botanicals, I am disregarded by those who have been in the industry for less than five years.  In five years, you are just coming into your own confidence. You are not an expert in five years.

I don’t want to nor would I encourage anyone to learn to work in the bro culture. Just wait and they will implode. Much like all of the tech companies who offered pool and pinball for their “associates,” work ethic and quality products will win out every time.

I have been to several events where everyone thinks I am my COO’s wife or girlfriend.

I overcome it by calmly stating who I am and making the first move with introductions and driving the conversation. I’m proving I deserve the position I am in as well as realigning everyone’s perspective. Kill ’em with kindness (and a little bit of alpha behavior).

In the early days of cannabis legalization, no states prioritized female and minority participation. Now they all seem to. Why aren’t these programs making a difference? 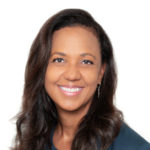 While state-level initiatives are key to starting grassroots change, the fact remains that large financial institutions and the federal government still do not recognize the benefits of a legal cannabis industry, and starting a new cannabis business comes at a high cost with application and licensing fees varying between states.

This continues to perpetuate the issues of the past – with women and people of color not only making less than their white male counterparts, but also having disproportionate access to capital networks. For example, only a small percentage of banks and small business loans are approved for women, and the numbers are even less for women of color.

According to our survey, the biggest barrier to female ownership in the cannabis industry is access to capital. How can female entrepreneurs access investment capital? 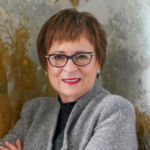 There are certain smart things that women can do to overcome and succeed in raising capital. The only entrepreneurs – men and women – who “get out” our wallets and get an investment are people who know what to do and how to do it.

The No. 1 mistake that women (and men) make: They do NOT know how to package themselves. It takes clarity of thinking, a good depth of understanding about the numbers including the amount of capital raised and an appropriate valuation.

I want to understand “the business of the business” – how to go to market, what my addressable market looks like. Who is on my team and who might I need to hire over the next 18 months? Combine all that and then seek the “right” type of investor – someone who wants your stage, subject matter, geography – and you have a chance to succeed.

After listening to multiple pitches in other consumer industries from both women and men, the pitches themselves are very different in tone and intent.

Women offer a solid plan, show losses and how to overcome those losses. Growth that is steady, building a base then expansion. Men offer excitement, large growth in the market, and a strategy for quick expansion, which is achieved through both commercial property purchases and hiring heavy-hitters.  …

As the cannabis industry grows, women will always be starting from behind. It boggles the mind that those who receive large amounts of investment funding, only to lose it, are able to get more, while a solid plan receives nothing.

It’s no secret that the pandemic has driven women out of the workforce across all industries. Women were more likely to leave the overall workforce stemming from the closure of schools and child-care facilities during the pandemic. Our data suggest that women who worked in the cannabis industry might have left the workforce at a higher rate than in other industries. Any thoughts on why? 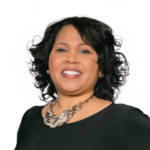 Some in the industry were allowed continuation by being essential business. But that only included for cultivation and retail. You still had other businesses that declined in other ways. And so did we lose some of our talent that way? Probably.

And you think about the number of companies that couldn’t sustain through the pandemic, it was because they didn’t have the support or the financial backing to keep them afloat.

And so when our economy is affected that way, we oftentimes lose talent and lose businesses. And what happens is women, as well as minorities are often affected by that. And so I’m not surprised by a decline. 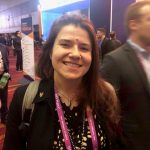 I have never felt more alone than I have in the cannabis industry. This has been a revolving door on a roller coaster and you’re just trying not to look down. …

Our strengths get trampled, our credibility chewed up, our egos spit on, and our dignity is barely ours to manage. If you’re not thick-skinned and haven’t played in the shark tank before, cannabis might be out of your league.

Come with your army; be ready. You will need all the support you can get in and outside of the industry. My suggestion would be (finding a mentor) outside for sanity purposes. But keep someone on the inside close so you can remember you’re not crazy. Hear more about cannabis and gender equity at the Empowering Women in Cannabis and Achieving Equity in Cannabis networking events at MJBizCon, and read more details about the 2021 survey in this free report, Women & Minorities in the Cannabis Industry.