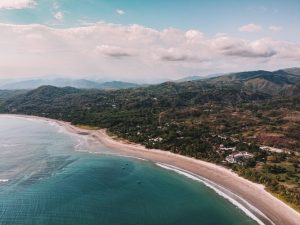 Costa Rica’s government and the public are embracing the idea that industrial hemp can be a much-needed economic driver if legalized, but the question of allowing marijuana for medical use has been a harder sell.

The last time Costa Rica lawmakers brought up a cannabis legalization measure for a vote was in 2016, but it was rejected by a coalition of conservative-religious, said Valeria Grant, a partner at the Arias law firm in the country.

The level of opposition is not the same this time, she said, although the proposal still has hurdles to clear.

The proposal from Deputy Zoila Rosa Volio would legalize hemp with up to 1% THC for industrial uses.

It would also legalize marijuana for medicinal use, and that’s the part of the bill that’s up in the air because of concerns voiced by Costa Rica President Carlos Alvarado Quesada.

Costa Rica’s unemployment rate is 23% because of COVID-19, Volio said.

“Hemp would mean jobs, investment, exports,” she said. “It’s a great opportunity for the country.”

Roy Thompson Chacón, with the political consulting firm Datacheck in Costa Rica, said the country is perfectly positioned to be a massive exporter of hemp because it has trade agreements around the world, including with all of North and Central America.

Costa Rica also has a rich agricultural history that should make the transition to hemp cultivation easier, he said.

“Costa Rica and many Latin American countries have a great agricultural history – coffee, sugar cane, bananas – so the agricultural world is a normal, everyday thing for us,” Thompson Chacón said. He said the government wants to see the industry thrive, and the legislation tries to avoid any burdensome regulation.

“The idea is for hemp to be something that is cultivated at a national level to take advantage of the plant’s industrial possibilities,” he said.

President Alvarado Quesada supports the hemp side of the bill but has expressed doubts about medical cannabis, saying he’s not sure the government has the tools to oversee marijuana production, Thompson Chacón said.

“Unfortunately, in Costa Rica we live in an area where drug trafficking is very real,” he said, noting that drugs sometimes flow through Central America en route to the U.S.

But Thompson Chacón adds that Costa Rica can learn from many of the countries that have legalized cannabis when it comes to product tracing and licensing.

It remains unclear when lawmakers will debate and vote on the bill, which has cleared one committee. Rosa Volio said the executive branch controls the legislative calendar for eight months beginning in December. She said it’s too soon to say whether the bill will be modified to include only hemp cultivation to make the measure more appealing to the president.

“It’s something that I can’t say, because it will be political will of my colleagues when the time comes,” she said.

Thompson Chacón hopes to see a vote in the spring and that he’s confident of the bill’s chances, saying proponents have worked hard to educate the public that the proposal is not to legalize recreational marijuana.

Grant agrees that the public perception on cannabis has changed in the last few years, but that hemp is viewed more favorably than marijuana.

Even without a law in place, the country’s ministry of agriculture is currently conducting a trials of hemp cultivation to see how different cultivars perform in the country’s varied climate, including in the colder, higher altitude areas.

“I think the country’s residents are embracing hemp, maybe marijuana not so much, but there is a positive awareness about non-psychoactive cannabis,” Grant said. “This seems to me to be a cultural change that has allowed this proposal to come forward.”