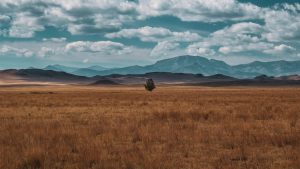 Montana has become the first state to establish a checkoff program for hemp producers, giving the industry there a path to raise money for research, education and marketing efforts like the famed “Got Milk?” campaign.

The launch of a checkoff program in Montana comes as the hemp industry debates whether a national or state system is better and if fees should be determined by what the plant is used for – be it CBD, food, textiles or any of its other many applications. By being first, Montana could provide some clarity on what approaches work best.

The first fees will be collected this harvest season, around fall, and they will consist of a 1% levy on a grower’s profit. The fee will be the same regardless of what segment of the industry a farmer is and it’s voluntary to participate.

“We looked at different options, and there was some discussion that maybe if you’re going for CBD you should be paying more or less, or the same. What we ultimately came down to is 1% of revenue, and that way is equitable,” said Ben Thomas, director of Montana’s Department of Agriculture.

“We did a little more on the education side of it to help producers understand what it was, how those funds would be used,” Thomas said.

An advisory committee made up of hemp growers will decide how the fees are invested, he said.

In 2019, Montana licensed more than 40,000 acres and 250 growers, according to Hemp Industry Daily’s 2019 Cultivation Snapshot, making it one of the largest state producers in the country. It was the top hemp producer in 2018 with 22,000 acres.

Colorado and Pennsylvania are among other states considering a checkoff program, and national hemp organizations are making a push as well, seeing it as a necessary step in establishing the plant as an agricultural commodity like any other.

Most farmers are used to checkoff programs for the various crops they grow, so adding hemp to that list would not be a new concept for them, said Geoff Whaling, chairman of the National Hemp Association.

Unlike the Montana program, which won’t distinguish between different uses for the plant, Whaling said he hopes the checkoff program doesn’t include CBD because “the bigger opportunity for hemp is food.” Also unlike Montana, Whaling said he thinks “a national program would be the solution.”

“I think hemp has the potential to be truly a national commodity crop, just like corn or soy beans,” he said.

The U.S. Department of Agriculture’s Agricultural Marketing Service oversees marketing orders for 21 industries. Some of the agency’s promotions include those for Haas avocados and blueberries as well as the famed “Got Milk?” campaign. But once federal marketing programs are in place, assessments are mandatory for anyone in the industry who is deemed responsible for it.

Tim Gordon, the founder of the U.S. Hemp Growers Association and board member of Colorado’s chapter of the Hemp Industries Association, said another benefit of checkoff programs is it allows for “traceability as in what is being produced on a farm, where it’s being processed and where it’s going to.” And that in turn, helps producers understand where the market opportunities are, he said.

Gordon said he’s not sure whether Colorado would go with a mandatory checkoff program, but added that “state to state is the way to do it right now, with the information readily available from the state department of agriculture.”

Rick Trojan, president of the Hemp Industries Association, said the research aspect of a checkoff program is also beneficial.

“Researching how hemp can be utilized, not just in the cannabinoid side but in plastics, paper, and manufacturing,” he said.

Back in Montana, Thomas said investing money to research the plant and its varieties “is the biggest thing we need right now.”

“Some great varieties have been developed, but frankly we don’t know how those varieties are going to perform in Montana,” he said. “There’s a wide range of factors involved from planting depth to how much water is needed to when it should be planted.”

“We can figure that out over time through trial and error,” Thomas continued. “Or accelerate that through making sure that we’re utilizing institutions like Montana State University to do some of this research on the front end so that we stay at the head of the pack.”

Some in the hemp industry, however, think it’s too soon for their segment – in this case fiber – to be in a checkoff program.

Claire Crunk, founder and president of Southeast Hemp Fiber in Fly, Tennessee, said although she supports checkoff programs, having one “assumes that there is production happening.”

“We’re not a commodity yet for several different reasons,” she said. “The first is we don’t have enough (fiber) production in the U.S. – that’s baseline. Second is, we have no grading standardization. Third is, market development is still in its infant stages.”