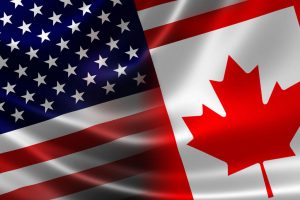 A marijuana company that has been unwinding some investments in hemp in Canada and Europe changed course Thursday and bought a U.S. company that makes hemp-derived CBD.

The apparent pivot gives Aurora a foothold that could pay off despite challenges in the U.S. regulatory landscape for CBD, analysts say.

Under the terms of the acquisition, Aurora will pay $40 million of its common shares. The company will pay an additional $45 million in cash and stock if certain financial targets are met.

The Edmonton company has long had an eye on the U.S. market. A company executive said last years that  “having a major presence in the U.S. is nonnegotiable for any cannabis company that intends to call itself a global leader.”

In 2018, Aurora spun off its U.S. subsidiary, Australis Capital.

That came after Canada’s TMX Group – the nation’s largest stock exchange operator – warned that publicly traded cannabis firms with holdings south of the border could be delisted because of the plant’s federally illegal status in the U.S.

But the passage of the U.S. Farm Bill in December 2018 legalized hemp and opened an avenue for companies to invest in the U.S. without breaching Canadian stock market rules, sparking a flurry of investments from Aurora rivals Canopy Growth and Cronos Group.

Analysts viewed the Reliva deal in a positive light.

In a note to investors, CIBC Capital Markets said Reliva provides a platform for Aurora to access a large base of customers, but warned that the American CBD landscape is crowded and competitive.

Reliva’s CBD brands can be found in more than 20,000 retail stores, according to a company news release.

Reliva, which carries no debt, is profitable. BMO Capital Markets noted that Reliva generated 14 million Canadian dollars ($10 million) in revenue over the past year. That makes the deal consistent with Aurora’s stated objective to turn its soaring losses into profits by later this year.

According to a  New York-based financial investment advisory firm Cowen, the Reliva deal could set the stage for Aurora to build U.S. infrastructure to capitalize on the potential for:

Martin is a veteran executive of consumer packaged goods, which analysts noted as a benefit for the Alberta company. His background includes senior positions at tobacco giant Altria Group, maker of Marlboro cigarettes.

However, the acquisition of Reliva adds to Aurora’s M&A spree that includes more than a dozen deals in recent years, causing some experts to say the company lacks focus and discipline.

The deal to acquire Reliva is expected to close in June.