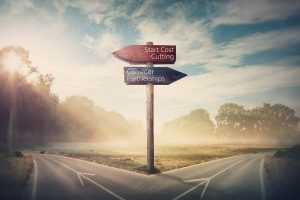 Filing for bankruptcy protection isn’t an ideal destination for any company. However, the stigma around it has been significantly lessened in recent years—especially in an industry as tumultuous as hemp, according to Bill Hilliard, CEO of Winchester, Kentucky-based hemp company Atalo Holdings.

The company filed for Chapter 7 bankruptcy in March and recently sold its assets to pay its creditors.

“I’ve actually been personally a little bit surprised. … The vast majority of feedback that we’ve gotten has been very positive – about our company and the reputation that we’ve had and support for what we’ve tried to do in the hemp business,” Hilliard said. “And that’s been rewarding under unfortunate circumstances.”

Hilliard said while the uncertainties confronting the hemp industry have cost many companies dearly—especially over the past year—there is much to learn from the outcome.

“My advice is to have a controlled growth strategy as opposed to just grow as fast as you can. I think a lot of hemp companies grew to stay ahead of the competition as opposed to growing in order to create a valid marketplace.”

To read more about the companies that have filed bankruptcy and legal bankruptcy options for hemp companies, click here.