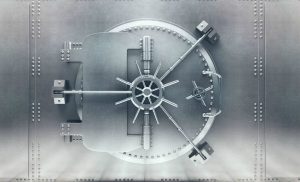 Hemp’s banking challenges aren’t for lack of interest by the financial-services industry.

That’s according to a top banking executive who recently discussed major obstacles facing hemp operators needing financial services despite hemp’s status as a legal commodity crop in the U.S. for the past three years.

“We recognize this as a legitimate business. … We think hemp is here to stay,” Todd Van Hoose, president and CEO of the Farm Credit Council, told the National Industrial Hemp Council of America in Washington DC. 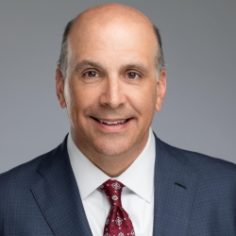 “We think it can offer farmers alternatives, especially to some other crops. We see productive capacity in rural America, opportunities for processing hemp in rural America to create jobs, and we want your business.”

But while the interest is strong, execution is tough.

Farm Credit, one of the largest agricultural lending institutions in the U.S., is federally chartered and regulated by the Farm Credit Administration (FCA), which approves a lender’s policies, regulations, charters and enforcement activities.

“There are real live hurdles to lending in this industry,” Van Hoose said.

Last summer, the FCA published an information memorandum that provided 13 guidelines farm credit system institutions must follow before they lend to hemp farmers or businesses.

“Almost all of (the guidelines) are unique to the industry and real challenges to hemp lending in any sort of effective way,” Van Hoose said.

He pointed out that federally regulated lenders must comply with the law, and the FCA’s job is to ensure that its lenders are compliant.

“I would argue that their position on this is not inappropriate. But it does create a great deal of complexity and sand in the gears of lending to this industry.”

Hemp producers must comply with federal rules to qualify for bank loans with a federally regulated lender.

So producers operating under state and tribal plans with approval by the U.S. Department of Agriculture are preferred, Van Hoose said.

But confusion still remains about “the asymmetrical relationship” between local, state and federal rules regarding hemp and derivative products – and that’s a challenge the industry needs to address, he added.

“Credit decisions are already pretty hard to make, and when you throw this level of complexity and compliance in, it makes it even more difficult.”

Banks simply can’t be certain about getting their loans repaid in the volatile hemp industry, Van Hoose said.

“The uncertainty of the markets are having a massive impact on the ability to finance the growers and, probably even more important, on the ability of growers to project any kind of repayment capacity,” he said.

Borrowing money to plant a crop means a producer must have an outlet for the product, along with a reasonable expectation for the price it will fetch. That directly correlates to showing cash flow to repay the loan.

That’s difficult for the hemp industry, he said, considering the unfulfilled contract promises to growers in 2019 and 2020 that led to a glut of unsold hemp on the market and a massive falloff in interest in hemp production in 2020 and 2021.

Just this month, a bank seeking repayment of a $15 million loan from a Kentucky CBD maker saw the company put an enormous greenhouse and hundreds of acres for sale after being forced into receivership.

“When you’re dealing with an uncertain end use-established pathway, it becomes more complicated to project that cash flow and that repayment capacity,” he said.

The same is true for processors.

“Can they really establish their input, and do they have a firm market for their output? That’s a tough thing here,” Van Hoose said.

The nascent hemp industry has seen a flood of inexperienced entrepreneurs hoping to capitalize on the “green rush” who quickly discovered that growing and processing hemp wasn’t as easy as it looked, Van Hoose said.

Along with the new industry came evolving technology, which is high risk in itself.

As a new industry, there are limited risk-management options for the hemp industry.

That impacts lending because it’s more difficult for everyone involved to see their way through to an end “when the crop becomes cash and repays the loan,” Van Hoose said.

“Crop insurance, being able to forward-price, all of these things help farmers in other sectors of agriculture manage their risk because growing is risky.”

Further, startup farms and processors have limited collateral they can fall back on, Van Hoose said.

“Can you really take collateral on hemp in the field if you don’t know what the price is going to be, if you aren’t quite sure that the grower is going to get through all of the testing processes? It is very difficult to do that,” he said.

Hemp crops testing hot is another big risk factor to lending, because farmers could very easily sink a great deal of time and money into a crop that must be destroyed, Van Hoose added.

Because producers in Western states are already struggling to grow crops with limited-water, water-intensive hemp is another red flag for lending, he said.

Despite all these issues, Van Hoose said, Farm Credit is still lending in the hemp industry. But he said it’s important for industry members to understand what federal lenders are up against.

“We’re still doing this lending, but the truth is, with this much risk and this much uncertainty, then you’ve got to have a lot of cash,” he said.

“There’s got to be a lot of underlying financial strength, and that is hard, especially for beginning operations.”