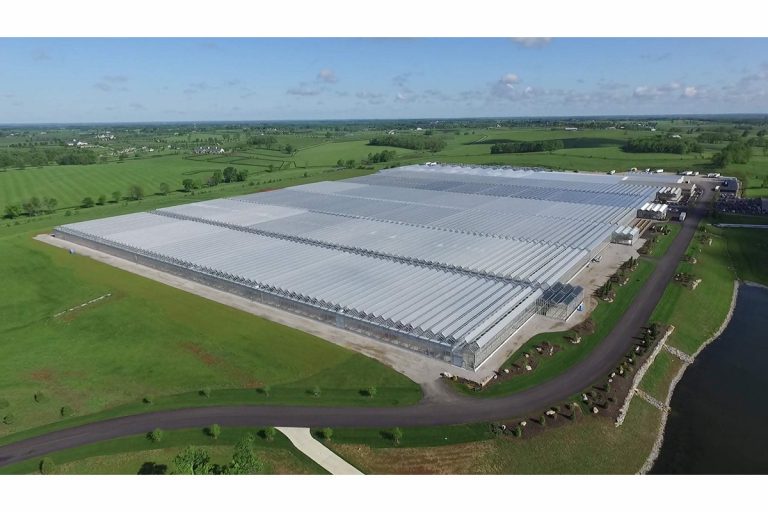 ColorPoint currently grows 54,000 mother stock plants in its 2-million-square-foot, state-of-the-art, environmentally controlled and fully automated greenhouse facility. The mothers are used to produce clones for the network of farmers growing outdoors for AgTech Scientific and for indoor flower production in the greenhouse year-round. 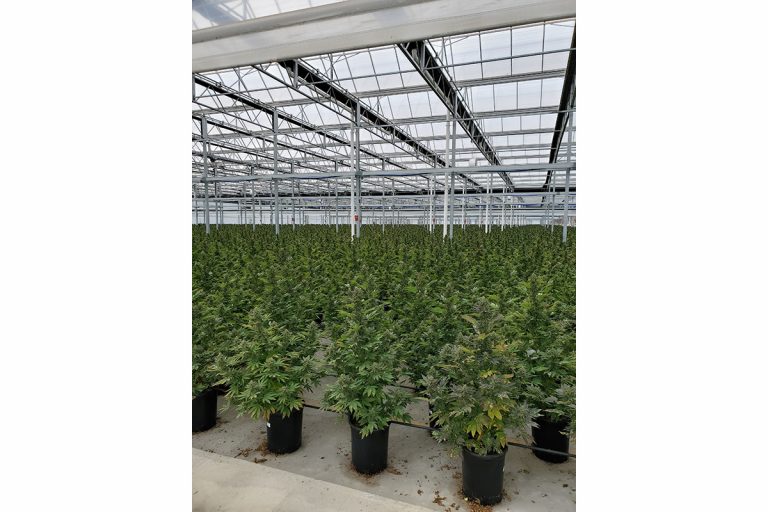 ColorPoint will produce upwards of 10 million clones for 2020 from 10 hemp varieties. It has a rigorous crop-protection program that employs beneficial insects and biological control agents such as predatory wasps, among others, to control pests. 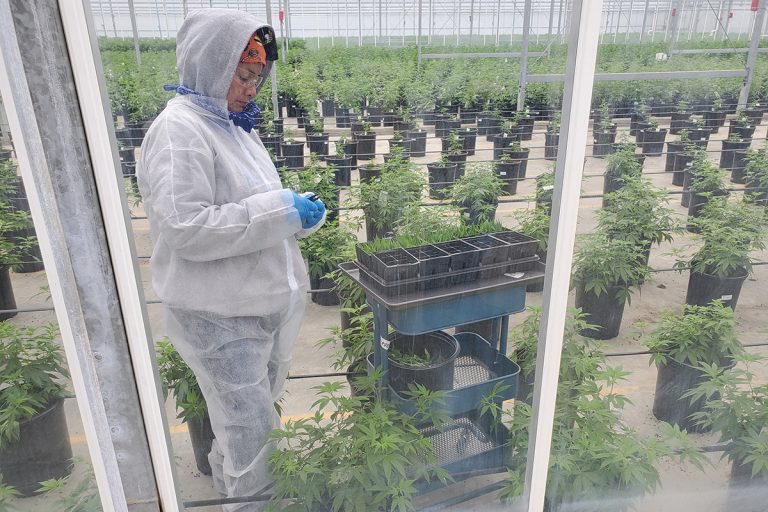 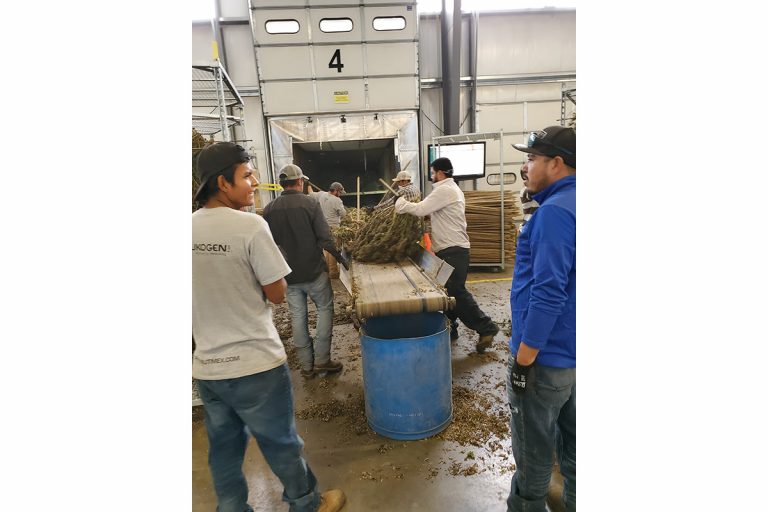 At harvest, crops are harvested by acre. Each semi-truck holds about an acre of plants, and the fields are marked by quadrant to allow the company to inventory plants as they come off the field for full traceability. When each semi of plants is unloaded, plants are staked with a tobacco spear, then placed on carts formerly used for shipping flowers to garden centers. 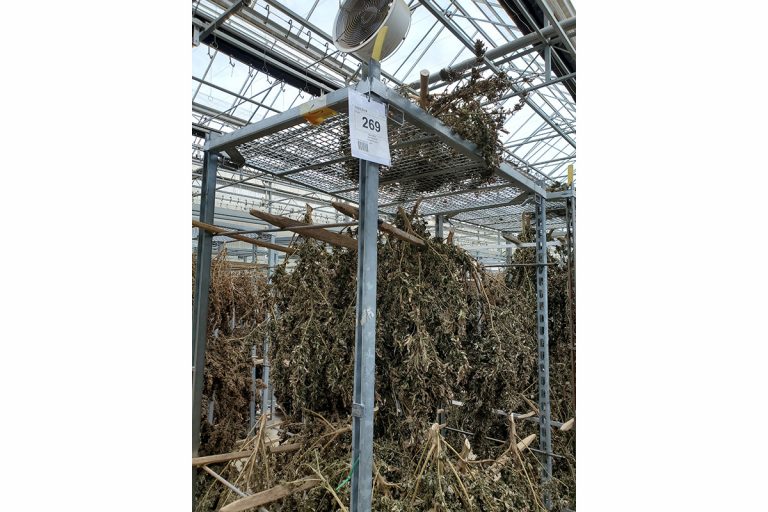 Each cart is marked with a yellow radio-frequency identification (RFID) tag and moved through an RFID reader, which allows ColorPoint/AgTech to track their location in the greenhouse at each stage of processing. The company maintains this point-to-point traceability for full transparency all the way to the end product. 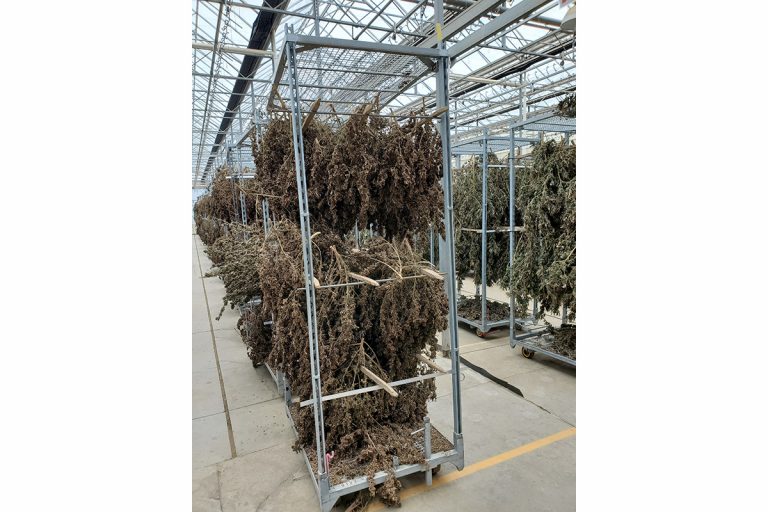 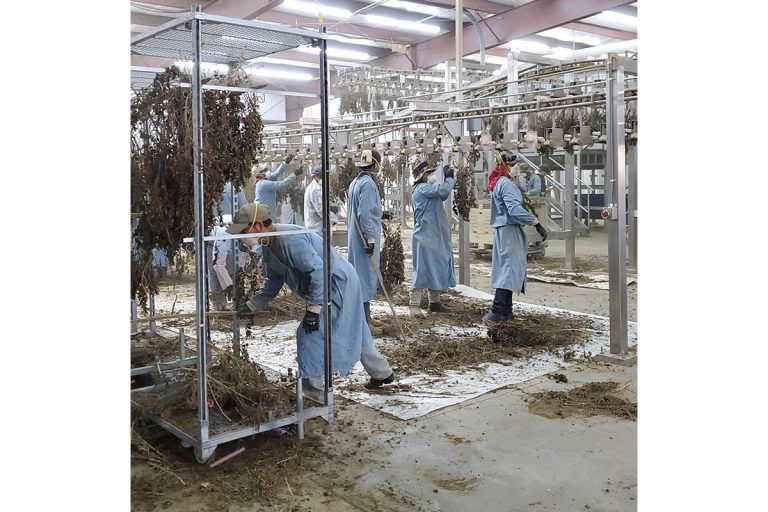 Dry hemp plants are moved to the processing room and placed on a conveyor system to be stripped and milled. The proprietary processing equipment is under patent review and will be available for sale in the future, according to AgTech Scientific CEO Mike French. 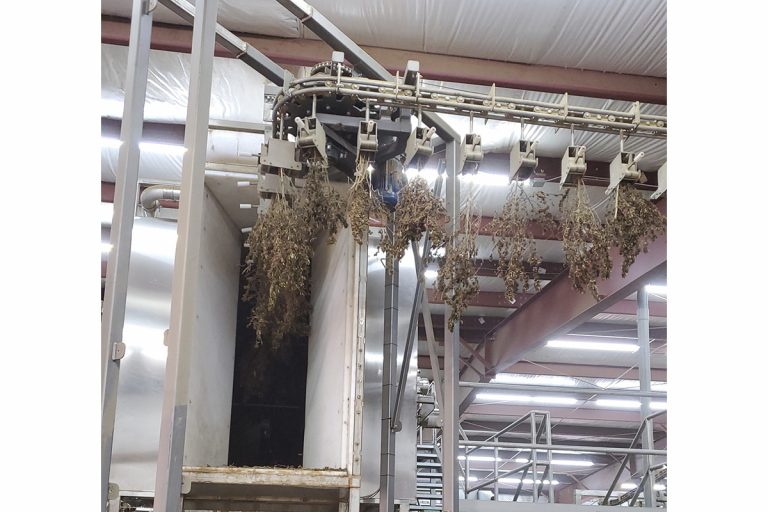 Plants are first bathed and frozen to kill any pathogens and make them more brittle. 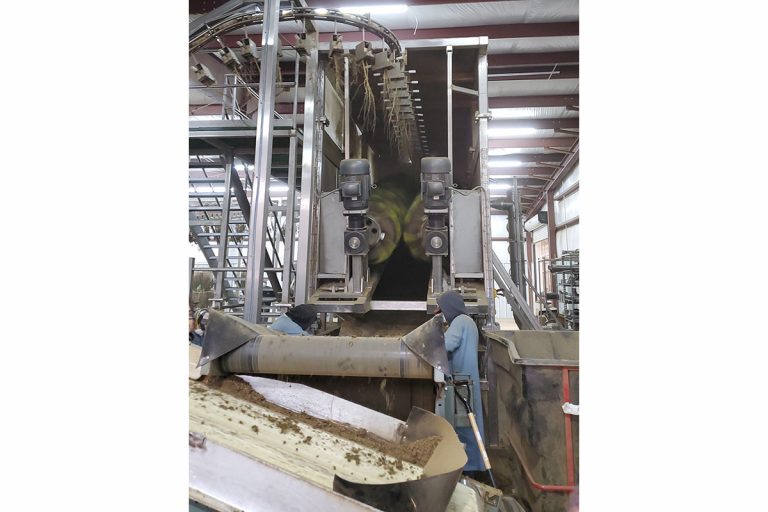 Once frozen, plants go through a stripping system to separate the flowers and leaves from the stalks, then they go into the miller and the stripped plants are removed from the line. The stalks are sold to three different companies that are using them for fiber to make particle board and other products. 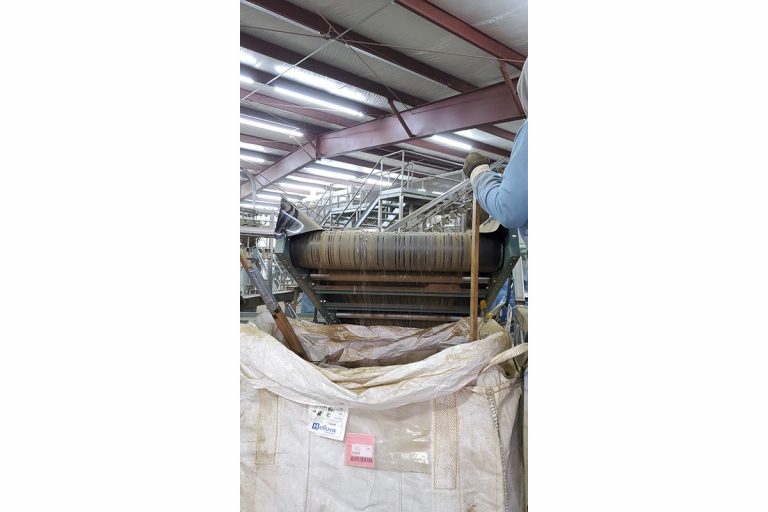 Hemp flower and biomass go into large sacks, where they are stored in a climate-controlled storage chamber. 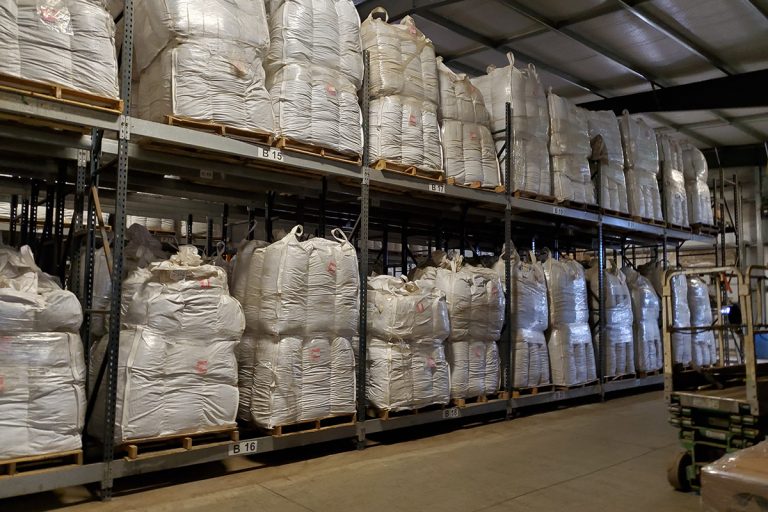 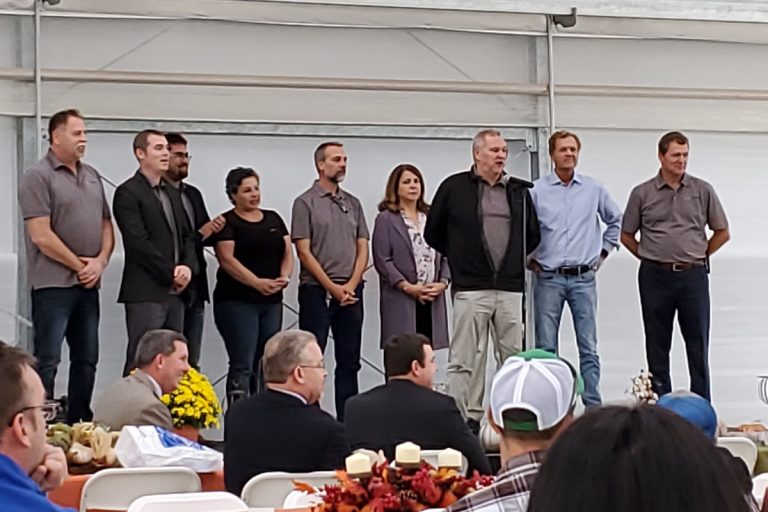 AgTech Scientific CEO Mike French welcomed more than 300 guests in late October for the facility’s grand opening. Attendees included French and the AgTech Scientific team, the Van Wingerden family, who own ColorPoint, and the network of family farmers who each have a stake in the company. AgTech Scientific also detailed its plans for research and development and collaboration with University of Kentucky scientists.

The new hemp industry is attracting some powerhouse players in agriculture, and Hemp Industry Daily went behind the scenes to see how one of the most intriguing partnerships is going.

After testing indoor production last year, the companies agreed to merge this year and convert the full 2-million-square-foot Paris greenhouse operation to hemp production and processing in 2019.

The operation planted about 5 million high-yield CBD hemp clones on more than 1,800 acres of outdoor fields in central Kentucky, all within 15 miles of the greenhouse.

In January, AgTech Scientific will roll out CBD formulations for the food and beverage industry and its own proprietary brands. The company currently is using a 30,000-square-foot extraction facility, which it plans to close upon completion of the first phase of a new 50,000-square-foot facility by the end of 2019.

AgTech Scientific projects its extraction facility will process up to 2,250 metric tons of biomass per year and 11,000 kilograms (24,251 pounds) of pure CBD isolate per month by 2020.

The company has applied for Good Manufacturing Practice (GMP) certification and ISO 9001 certification, which is expected by the third quarter of 2020.

Hemp Industry Daily got a look behind the scenes at AgTech Scientific/ColorPoint this fall to see how they’re applying old expertise to a new crop.