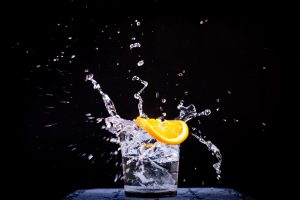 Two beer giants had big plans to sell CBD infused beverages in Canada by the end of last year. But only one has hit shelves yet, underscoring the challenged cannabis drinks market in Canada.

The slow launches didn’t exactly meet company projections when the projects were announced.

When Canada legalized marijuana in October of 2018, it delayed the sale of THC and CBD beverages for a year. So December was the earliest they could go on sale, after accounting for a two-month application process.

Canada’s cannabis expansion came just as alcohol sales were declining in the U.S., making it unsurprising that global beer companies would be interested in new revenue lines. In Canada, the beer market suffered its biggest decline in years in 2019 as competition increased from other beverage categories and an expanding cannabis industry.

Neither Anheuser-Busch InBev nor Molson Coors have made projections about the size of the CBD beverage market in Canada.

Packaging the new beverages was an early hiccup, said Matt Maurer, a cannabis attorney with the Toronto firm Torkin Manes. Traditional aluminum cans have thin liners that can draw cannabinoids out of suspension.

“The cans that were proposed to be used would basically take the potency away from the drink,” he told Hemp Indutstry Daily. “So they had to sort of reformulate their packaging, figure out how they were going to deal with that challenge.”

Maurer said he also heard about companies that were struggling to get the flavor right – and in a way that the product wouldn’t separate in the packaging over a long period of time and sink to the bottom.

“I think a lot of producers underestimated the potential challenges they were going to have, and they needed more time to sort out those challenges,” he said.

“Look, there are some cannabis beverages in the marketplace already in Canada, that’s a fact,” Van Rixel said. “I think that people had this assumption that it was a very simple process to just put THC into a beverage and away you go. And there’s a little more complexity from a chemistry standpoint.”

Demand, but not enough space and supply

The fact is more companies were interested in the THC side of the business than CBD, according to Maurer and Rixel. Hence, CBD-only products, on a mass scale, have not quite taken off yet.

“All those companies coming in were part of the … desire to get into the cannabis space more than anything. I don’t think anyone was specifically heading up to Canada to get into the CBD space because the real focus was marijuana,” Van Rixel said.

“If you wanted to buy CBD only or edibles, almost none of the companies had them; they were all producing THC,” Maurer said.

That could be changing, though.

Right now, CBD-only products can only be sold only through marijuana retailers. That means CBD products can’t be sold at grocery stores or convenience stores  — greatly limiting their availability.

But Canadian health regulators have started considering whether beverages with CBD, that cause no impairment like marijuana, should be allowed to be sold as healht products in conventional stores such as pharmacies. A decision could happen within months.

“If that happens, demand will go way up, because you’ll be able to get it everywhere,” he said.