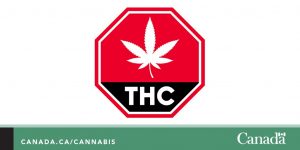 When recreational marijuana hits store shelves in Canada later this summer, it will be sold in “plain packaging” that contains only a standardized cannabis symbol and one of 14 health warning messages, according to an updated set of proposals released Monday.

The recommendations were part of a Health Canada report summarizing feedback from 3,200 people on the nation’s regulatory approach to cannabis.

The proposals, which are separate from the marijuana legalization bill currently before the Senate, also shed light on rules for new micro-cultivation and micro-processing licenses.

Those licenses provide a lower barrier to entry than current regulations governing licensed producer applicants, which could open more business opportunities for entrepreneurs.

Key points of the new licenses include:

Overall, the proposed rules were largely in line with industry expectations.

However, he said “the packaging restrictions are ridiculous and textbook overregulation. They aren’t based on an assessment of real risk.”

The final regulations will not require Parliamentary approval. Instead, they will be enacted after the Cannabis Act wins final approval.

Health Canada said it does not intend to propose a transition period for recreational cannabis products, meaning they would be required to meet the new packaging and labeling requirements immediately.

The government is still considering: