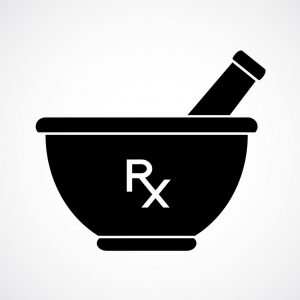 The most disruptive product to hit the newly legal hemp industry might be one that will never be sold directly to consumers.

GW Pharmaceuticals, a London-based biotech company, is awaiting a final decision from the U.S. Food and Drug Administration to produce the first cannabis-derived treatment to win approval as legal medicine.

The decision on Epidiolex, which treats rare kinds of epilepsy, would be a seminal moment for the cannabis industry, because it would be the first signal from U.S. federal authorities that cannabis has medical value, despite decades of the drug being officially classified as having “no currently accepted medical use.”

The FDA has approved some synthetic cannabinoid medicines, but none are produced from the plant, like Epidiolex is.

FDA approval for the drug could trigger an immediate cannabis appeal from the nation’s top drug regulators to the U.S. Drug Enforcement Administration, seeking a new classification for the plant that produces marijuana.

That’s a change marijuana activists have tried and failed to accomplish since 1972, when drug reformers first appealed the plant’s Schedule 1 designation.

The FDA will hold a public hearing on Epidiolex on April 19, with a final decision expected by late June.

If GW Pharmaceuticals, which does business in the United States as Greenwich Biosciences, succeeds where drug-policy reformers have failed for nearly 50 years, you might expect cannabis producers to cheer.

Instead, many are anxious.

FDA approval would send shockwaves through the legal hemp industry, where CBD extraction has created a thriving industry in therapeutic products.

“I would classify this as the biggest concern for the hemp industry,” said Jonathan Miller, a lawyer for the U.S. Hemp Roundtable, an industry lobbying group.

The CBD industry fears that FDA approval could trigger a crackdown on CBD products made outside the rules for pharmaceutical production.

The FDA has already designated Epidiolex as an “orphan drug” – a treatment with limited profit potential because the conditions it treats are rare. This designation gives drugmakers exclusive rights to sell their new drug for more than seven years.

That prospect has hemp growers and CBD extractors fearing that FDA approval could mean the end for small hemp extractors.

“There’d be no benefit to the hemp farmers,” said Veronica Carpio, a longtime hemp grower and activist in Lafayette, Colorado.

GW Pharmaceuticals insists that FDA approval for Epidiolex won’t mean an end to the current market for CBD, a cannabinoid commonly added to foods and personal-care products with no FDA supervision.

“Our objective is not to try to reduce or curtail the use of any other artisanal or dispensary products,” GW’s Steve Schultz told Hemp Industry Daily.

“Our goal is to provide an additional option, an FDA-approved medicine that physicians and patients desire.”

Schultz pointed out that while GW Pharmaceuticals has sought patents for many cannabinoid formulations, the company has no way to stop others from using the CBD molecule itself.

In other words, GW would get exclusive rights to Epidiolex, but not any other formulations.

“You can’t get a patent on CBD – it’s a naturally occurring molecule,” he said.

“They say that they don’t want to interfere with the hemp industry or harm us,” Carpio said, “but they know there’s legislation pending in some states saying that anything that isn’t FDA approved won’t be allowed.

“That’s a monopoly for them.”

Hemp activists and GW Pharmaceuticals agree that the cannabis plant could one day be treated like a vitamin supplement, where some variants are available only by a doctor’s prescription, but other formulations are sold over the counter.

“We need to remember that you can get prescription iron supplements, or you can buy iron pills at the grocery store,” said Joy Beckerman, president of the Hemp Industries Association.

“We need to fight to maintain this cottage, small-business industry.”

Schultz said that cannabinoid treatments could one day be regulated like fish oil, where some formulations must be overseen by a doctor but other formulations are available over the counter.

“There is clearly room for people to be utilizing cannabinoids and cannabis in a variety of ways. We’re only looking to provide an option for one way, as a pharmaceutical medicine,” Schultz said.

FDA approval for Epidiolex would be far from the end of the story for CBD treatments, as doesn’t mean the drugmaker has supplies of the medicine ready to distribute.

Also, there’s no guarantee that insurers would cover the drug. GW Pharmaceuticals hasn’t said how much Epidiolex would cost.

Many physicians say they want that pharmaceutical option, foretelling a future when they can prescribe marijuana in the form of FDA-approved medicines with regulated dosing and labeling.

“There are many cottage industries that have sprung up to provide CBD. The challenge has always been, what is in those products?” said Dr. Kevin Chapman, a pediatric neurologist at Children’s Hospital Colorado.

Chapman specializes in epilepsy and studies cannabis treatments for the condition.

CBD from the cottage market is hard to study because the drug is processed and dosed in so many different ways, Chapman said. For him, Epidiolex approval would be welcome because it would allow doctors to compare results using a standardized CBD product.

Some in the cannabis industry say it’s only a matter of time before that standard formulation for CBD enters the market.

The trick, they say, will be to have a product that can be sold outside the pharmaceutical framework and to embrace opportunities in a more heavily regulated marketplace.

It’s absurd, Rebetisch said, to imagine the cannabis industry shutting down because of some feared crackdown from the FDA.

“We’ll pivot and adapt,” he said. “We’re an industry that could give a rat’s ass about federal regulations, right?”