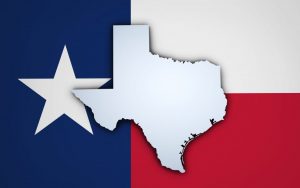 A month after a Texas health agency proposed cracking down on CBD, the cannabis industry is actively trying to change the minds of health authorities about CBD to keep the products on shelves throughout the state.

The confusion started in March, when the Texas Department of State Health Services (DSHS) announced a draft plan to yank CBD products from shelves – even if they contain no THC and aren’t marijuana derivatives.

Public comment on the issue has closed. The final decision will be made by the agency’s commissioner, Dr. John Hellerstedt.

A spokeswoman for the agency told Hemp Industry Daily that CBD is an adulterant that can’t be added to foods and is not a legal nutritional supplement.

“The DEA lists CBD and THC as controlled substances,” Lara Anton wrote in an email.

Anton said Texas health authorities haven’t made any decisions yet about how to deal with CBD being sold online from out-of-state entities.

Robert Hoban, a prominent Denver-based cannabis attorney with clients who make CBD, sent a letter to the health department warning that enacting the proposal would do “devastating and irreparable” damage to the emerging hemp industry.

“Implementation of the protocol would cause Texas to fall far behind the rest of the nation for years to come in its treatment and regulation of the products,” Hoban wrote.

In addition, a lawyer representing the Texas Cannabis Industry Association (TCIA) questioned whether the health department, which did not participate in discussions about the state’s new low-THC medical marijuana program, was the right agency to make such a decision.

“Due to its nonexistent involvement throughout the legislative process … (the agency) lacks the education and understanding of how CBD and THC from hemp products should be regulated,” attorney Richard Cheng said.

Anton told Hemp Industry Daily that the health agency has detained CBD products in the past, but she did not elaborate or say whether anyone was charged with a crime.

She gave no timeline for a decision about CBD in Texas but said the agency’s decision won’t be subject to review by the state Legislature because the agency does not consider the crackdown to be a new regulation, just enforcement of an existing rule.

Elizabeth Nichols, chairwoman of the TCIA, isn’t buying that argument, saying Texans are safely consuming CBD now and should be allowed to continue.

“Texas has fallen behind on the national and global stage related to hemp and CBD,” she wrote, listing other states that have expanded access to CBD.

“Literally, the majority of Americans (in both ‘red’ and ‘blue’ states) can add CBD to their smoothie in a local shop.”