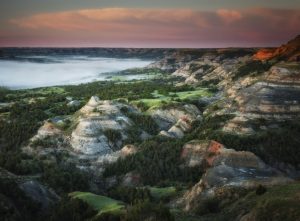 Is the U.S. Drug Enforcement Administration’s 2016 guidance enough to convict someone of drug charges for selling CBD?

The North Dakota Supreme Court has agreed hear a case on that question – and while it won’t set precedent in other states, it may provide guidance for similar cases.

The case of Falesteni A. Abu Hamda will give the state high court the chance to weigh in on a conviction based on the DEA’s statement that CBD is an illegal drug.

Hamda, who goes by Phil Hamda professionally, was charged in 2017 with seven drug crimes after police seized CBD vape pens and gummy bears from two of his Tobacco Depot shops in Watford City and Alexander, North Dakota.

Hamda argued unsuccessfully that there was no way to determine his CBD did not come from legal hemp.

In his appeal, Hamda states that CBD’s legality “needs to be addressed at the federal level,” not by state and local law enforcement.

“Until Congress takes action (on CBD), this issue will remain unresolved,” he said.

The case, which does not yet have a hearing date, offers an intriguing look at whether retailers charged with drug crimes are being harmed by the DEA’s 2016 “marihuana extract” guidance.

The DEA’s extract guidance states that CBD is an illegal extract of the marijuana plant. When Hamda argued that his CBD was legal, a county prosecutor relied on the DEA’s guidance to assert that Hamda’s argument was “bunk.”

“Hemp is the same plant as marijuana, only a different variety,” the prosecutor argued in October 2017. “CBD comes from the illegal variety of the hemp plant.”

The trial court sided with the county prosecutor and didn’t allow Hamda to argue that his CBD was legal.

Hamda ultimately entered Alford pleas, which are similar to no-contest pleas but allow the defendant to maintain innocence.

DEA under the microscope

Now Hamda’s appeal will force the court to review whether North Dakota authorities “recklessly relied upon the DEA” in charging him in the first place.

“The DEA does not make the laws of our country or our state,” Hamda argued in his appeal.

Earlier this year, the DEA clarified that its “marihuana extract” guidance does not apply to hemp grown legally under the 2014 Farm Bill. The clarification came after the Hemp Industries Association and some hemp businesses sued, saying that the CBD rule was harming legal businesses.

The lawsuit and clarification came too late for Hamda. He told Hemp Industry Daily that he was singled out for his race, while white business owners selling CBD in North Dakota are not charged with drug crimes.

“It’s because I’m Palestinian,” Hamda said. “I have a foreign name. I was born and raised in Brooklyn, but that’s what this is about.”

Takeaways from the case

The Hamda case won’t set a legal precedent outside North Dakota because state court rulings do not apply to other jurisdictions.

But the decision will nonetheless be scrutinized by businesses and law enforcement in other states trying to make sense of the DEA’s “marihuana extract” rule.

“It is scientifically impossible to determine the origination of cannabinoids,” making enforcing the law based on DEA guidance problematic, Hamda argues in his appeal.

“I want to clear my name,” Hamda said. “I wanted to open more stores, but that whole thing got scratched over this.”