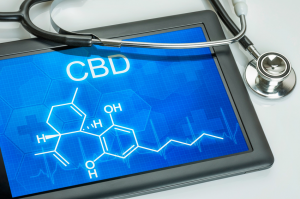 A long-awaited legal challenge targeting federal drug authorities who call CBD a controlled substance will be heard in a federal appeals court in February.

The Hemp Industries Association and hemp businesses are suing the U.S. Drug Enforcement Administration over a 2016 rule that cannabidiol is a controlled substance similar to marijuana.

Arguments before the 9th Circuit Court of Appeals in San Francisco have been scheduled for Feb. 15.

The HIA argues that the DEA’s rule on “marihuana extract” isn’t valid because it doesn’t account for the fact that CBD can be extracted from hemp grown legally.

The arguments could get quite technical.

The DEA argues that because cannabinoids cannot be effectively extracted from parts of the cannabis plant that don’t violate the Controlled Substances Act, all CBD is illegal.

The HIA contends the DEA overstepped its legal authority and is trying to create a new controlled substance, something only Congress can do.

There’s no way to say how long it will take judges to decide the lawsuit, though a decision is expected in 2018.

The losing side has only one recourse: appealing the CBD decision to the U.S. Supreme Court, which would have final say on whether CBD is an illegal drug.