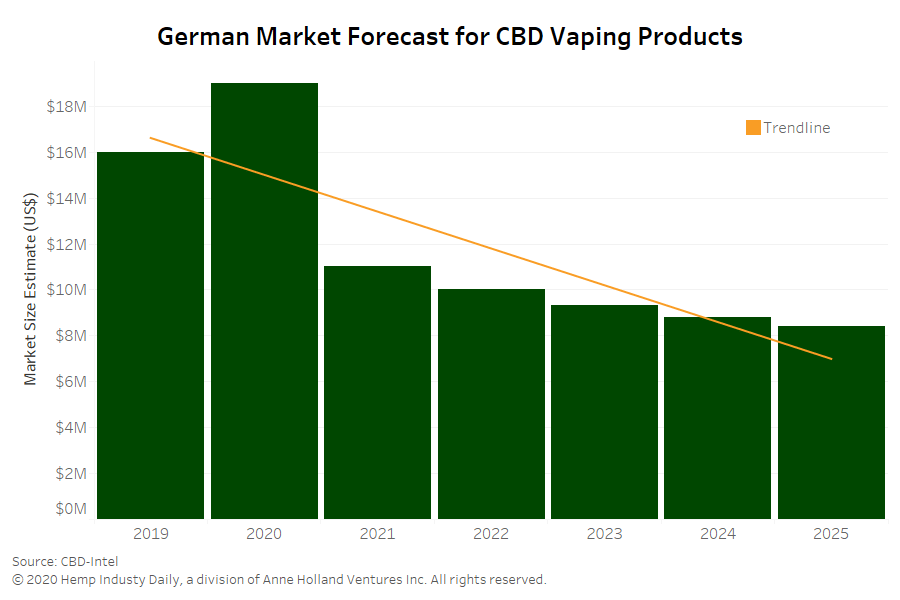 The CBD vape market in Germany had been expected to decline in coming years even without the restrictions and advertising bans for non-nicotine e-cigarettes that take effect in 2021, analysts say.

According to market researchers at CBD-Intel, the German CBD vape product market – estimated at $19 million this year – is expected to decline to around $8.4 million by 2025.

The analysts projected the decline before the country decided that CBD vapes will face new advertising restrictions next year.

“Our assumption is that the format (of CBD consumption) is niche and lacks the characteristics and acceptance for mass-market adoption,” Nate Erskine, head of market data at CBD-Intel, told Hemp Industry Daily.

“Ultimately we don’t see a high-growth scenario for vape like in other formats such as edibles, topicals, cosmetics,” Erskine added.

In July, German lawmakers approved a major change to the nation’s tobacco law: Even e-cigarettes that don’t contain nicotine will be subject to the same reporting requirements and advertising restrictions as their tobacco counterparts starting Jan. 1.

The change means that the makers of CBD e-cigarettes and refills will face strict advertising bans and be obligated to submit information to German authorities about their products’ contents, manufacturing process and other details.

Erskine said he did not believe the new legislation would greatly affect forecasts for new vape users, but that the number of CBD e-cigarettes on the market could take a hit.

The law “has the potential to disrupt the availability of vape products in the German market,” Erskine said. “To what extent is currently unknown, but it should be tracked as the (product reporting) requirements and costs become clear.”

After the UK and France, Germany is considered the third-largest market for CBD vapes in the EU in 2020, CBD-Intel data shows. 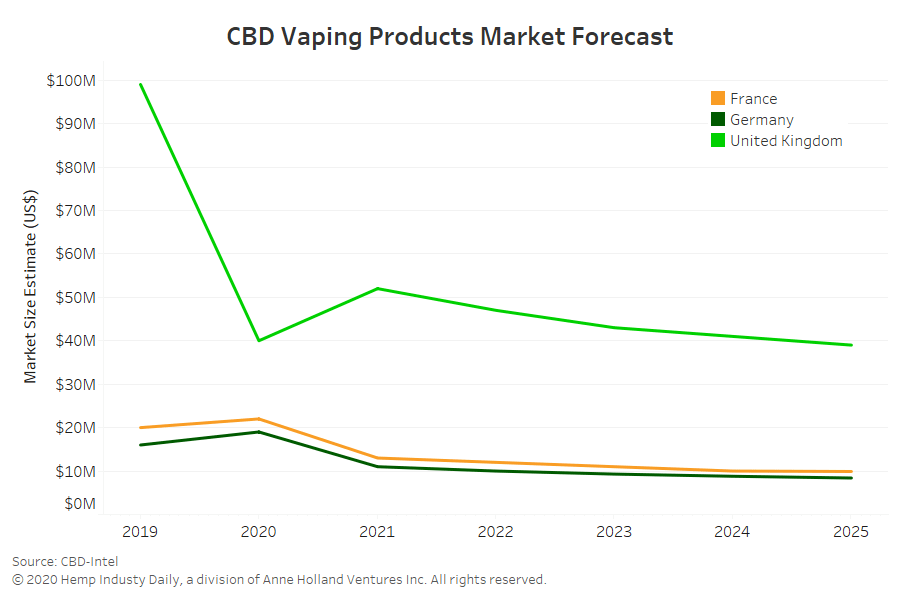 “We do not see much change in the position of the individual country market sizes going forward,” Erskine said.