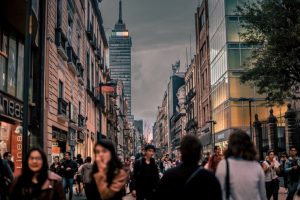 Mexico is heading down two paths toward legalization of both hemp and marijuana simultaneously.

The first is legislatively driven and would legalize cannabis for all uses.

The second legalized both plants for medical use in 2017, but the government has failed to meet deadlines to establish a regulatory structure.

In fact, both roads have faced delays for years, but a clearer picture about cannabis regulations for medical and recreational uses might emerge soon.

The latest development came July 27, when draft rules for medical cannabis were finally released by Mexico’s secretary of health for public review – nearly three years after they were due.

Meanwhile, the much broader cannabis legislation being contemplated by the Mexican Congress is at a standstill because of COVID-19.

Because of the pandemic, the court-ordered deadline of April 30 to legalize cannabis has been pushed back to Dec. 15.

If Congress meets that deadline and the legislation is approved, Mexico would become the world’s most-populous country with federally legal marijuana and hemp.

Mexico has a population of 130 million, compared with Canada’s 37.6 million and Uruguay’s 3.5 million.

Here is how the two different paths compare: