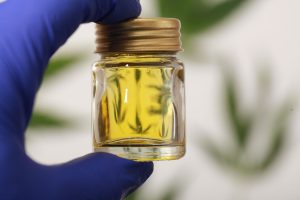 As state limits on hemp-derived delta-8 THC begin to impact sales for product manufacturers and retailers, businesses are considering how they will make up the gap.

Delta-8 THC has taken the industry by storm over the past 18 months, as manufacturers, stuck with a glut of low-priced CBD distillate and isolate, synthesized the product into the popular intoxicant.

But lawmakers quickly cracked down on sales, especially to minors, spooked by the lack of regulation of the product.

More of his customers are buying delta-8 THC than expected, and the products may be cannibalizing CBD sales.

“Now I think, ‘Where would I be if it wasn’t for that? Because I had a whole business plan that I thought was pretty solid with CBD numbers,” Shor said.
“If there was no psychoactive component to [delta-8], I don’t think I’d be selling the same amount on a monthly basis”

Shor said he’s preparing for the day that delta-8 THC could be banned in Ohio, although there are currently no looming legislative threats on the horizon.

Ohio Attorney General Dave Yost is reportedly investigating the sector and said he’s not sure he “buys in” to the vendors selling delta-8 THC and their legal analysis of the products.

“They’re not going to die off,” he said. “Their pipeline already exists.”

His customers can easily drive to Michigan to access delta-8 in the regulated marijuana market, he added.

THC-O-acetate is one of the products retailers are waiting to stock on their store shelves, Shor said.

The product, said to be more potent with effects that last significantly longer than THC, is hemp-derived delta-8 THC converted through a chemical process into THC-O-acetate, said James Stephens, a chemical engineer and microbiologist and founder of Iron Light LLC in Missoula, Montana.

This version of the product is different from THC-O-acetate made from delta-9 THC.

“A lot of people have flipped from D-8 to the THC acetate and are trying to claim it’s legal because it’s not THC or it’s not an isomer technically because they’re adding molecules to it,” Stephens told Hemp Industry Daily.

Because delta-8 THC is being banned specifically, manufacturers are making a derivative substance that isn’t barred, Stephens said.

“It’s the same kind of game you see with a lot of the designer drug laws,” he said. “Remember all the synthetic cannabinoids that were on the market?”

But Stephens’ concern is a lack of safety data from product makers.

“I don’t think anybody knows what this product really does,” Stephens said.

Concerned about the safety of delta-8 THC and other derivatives, Shor said he’s not sure his stores will be among the retailers selling THC-O-acetate on day one.

“I can be okay with being an early adopter, as long as I feel like it’s somewhat safe and backed by bigger companies who wouldn’t put a product out there without dotting their i’s and crossing their t’s,” Shor said.

“They’re taking CBD and modifying it to come up with a unique compound,” he said.

The delta-8 THC craze paved the way for Chris Fontes, founder of Colorado-based Trojan Horse Cannabis, who said his company is marketing such products to “take full-spectrum to the next level.”

“It’s a ratioed product – none of it is synthesized or isomerized, so we’re not converting any cannabinoids or creating a cannabinoid,” Fontes said.

The products are formulated around 0.2% THC, staying under the U.S. legal limit while allowing for some margin of error, but the “THC really kicks that CBD in the rear,” Fontes said, and has gained attention from retailers looking to replace delta-8 products.

Because the products can have an intoxicating effect, Fontes said it’s inevitable that there will be at least some questions about it.

“Any time you bring an intoxicant to a market that is not regulated you’re eventually faced with some regulatory scrutiny,” he said.

“When that happens, we want to keep our noses clean.”

To that end, the company adheres to good manufacturing practices and requires retailers and distributors who sell the product to sign an agreement that the product is available for resale only to consumers over 21.

“Each manufacturer is going to have their own contaminants or their own side products, so every manufacturer should be doing its own safety data,” Stephens said.