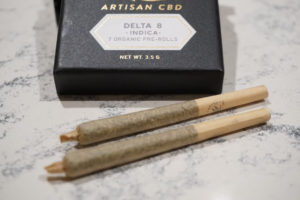 The cannabis industry should be concerned about the safety of delta-8 THC, but it might have a place in the market for therapeutic or recreational uses, said the chief scientist for a Massachusetts testing lab that specializes in medical marijuana.

During a session focused on delta-8 THC at MJBizCon, Chris Hudalla, president and chief science officer for ProVerde Laboratories, crunched the numbers on the financial viability of naturally producing the cannabinoid.

The estimated market value for natural delta-8 THC extract would be somewhere between $200 million and $500 million per kilogram, he said.

Hudalla added that delta-8 THC could have a high potential for therapeutic and recreational applications.

“Like many minor cannabinoids, it’s relatively easy to produce, without much oversight,” he said.

Couple that with minimal capital investment for production equipment and supplies, as well an oversupply of CBD isolate resulting in lower margins.

“That provides salvation for investors expecting FDA approval for CBD,” Hudalla said of the U.S. Food and Drug Administration.

But there’s a long list of reasons why delta-8 THC is currently problematic as a business concern.

“There’s a potential for intoxication with delta-8 use, and much of hemp’s legislative success is based on absence of intoxicants,” Hudalla said. 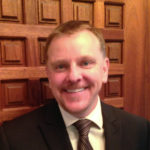 “When these (marijuana) producers are spending millions of dollars on these regulated processes, this is going to hurt their bottom line,” Hudalla said.

There’s also the question of consumer safety, since much delta-8 is produced without regulatory oversight.

Delta-8 THC products often involve use of potentially harmful chemicals to create the concentrations of delta-8 THC claimed in the marketplace, he added.

Hudalla pointed out that delta-8 THC products haven’t been evaluated or approved by the FDA for safe use and might be marketed in ways that put the public health at risk.

The FDA has received reports of adverse effects from delta-8 THC products and believes it can have psychoactive and intoxicating effects. The agency this month announced plans to speed up research into cannabinoids like delta-8 THC.

Still, Hudalla concluded that delta-8 THC is here to stay.

“Everything I’ve said about delta-8 is pretty negative,” Hudalla said. “But I truly believe delta-8 has a place in therapeutics and has a place in recreational use.”