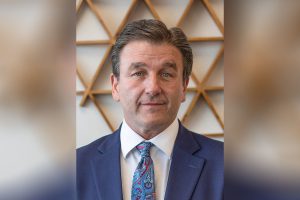 (An abbreviated version of this interview appears in the May-June issue of Marijuana Business Magazine.)

It seems everyone in cannabis has an opinion on delta-8 THC, a minor cannabinoid that exists rarely in nature but can be synthesized easily from CBD isolate.

It’s an isomer of the better-known delta-9 THC, and it creates milder psychoactive effects in many consumers because it doesn’t bind as readily to the body’s endocannabinoid receptors.

Some consider delta-8 THC to be a cheap knockoff of “real” THC and scoff at its medicinal potential.

Others warn that unregulated delta-8 THC is going to spark a federal crackdown and potentially threaten the decades of hard work that cannabis advocates have done to persuade policymakers that the plant has medical value.

Founded in Kansas City, Missouri, in 2015, the chain of 365 stores has locations in markets where hemp-derived products are the only legal cannabis options and states where adult-use marijuana is widely available.

The stores sell delta-8 THC products except in states that expressly prohibit the cannabinoid, such as Arizona.

Marijuana Business Magazine caught up with Sanders to find out which customers are asking for delta-8 THC and why he believes the cannabinoid belongs in the wellness conversation.

Why do you sell delta-8 THC?

It’s a great cannabinoid, therapeutically. We honestly see more pain management than even with (delta-9 THC). When you have somebody with pain issues, it’s amazing.

The other thing is, because it is not as psychoactive as (delta-9 THC), it’s really more therapeutic when it comes to pain management. You can kind of microdose and manage pain without so much psychoactivity. And really, if you start taking less than 10 milligrams, there’s very little—if any—psychoactivity there.

How do you describe delta-8 THC to customers?

We start out at the basic level. We explain that this is an isomer of CBD.

Then, you get into a little bit of chemistry. We say, look, there’s a group of carbon atoms. And in one place, there’s a double-carbon atom. We take that double-carbon, and we move that to a different place on the molecule.

To a novice or someone who doesn’t have a chemical experience, it looks exactly the same. There are just minor changes. It fits the (cannabinoid) receptor differently and produces a different effect.

Have you seen delta-8 THC cannibalize your CBD sales?

So far, there’s been no cannibalization. And I think that’s because we’re constantly teaching everyone in the store how things work, why they work and for what person. And if you’re using a CBD product and it’s working for you, there’s absolutely no reason for us to move you or even suggest another product.

Now, if you say, “This works great, but I still have a little bit of pain. I wish I could get rid of it.” Then we might start talking to you about a product like D-8.

This is such a hot item that a lot of people are walking in based on their own research and asking about it. And that’s why we explain how it works, why it works and how to properly use it. We give all the required warnings of, “Hey, unlike CBD, this is psychoactive. It does have these things that you may not be looking for or want.”

What kinds of delta-8 products people are looking for? Are shoppers more likely to seek out tinctures or a different delivery system, or is it also pretty similar to how consumers break down for CBD products?

There is a perception that delta-8 products are a way in for consumers who cannot legally access delta-9 THC products. Does it sell better in places with limited access?

We aren’t seeing that yet, and I would have expected that. You’ll pick a state where there is nothing—like Kansas, where you don’t even have medical—and it’s selling really well.

But we’re seeing all the fields are very brisk. We’re seeing brisk sales in California and Oregon, in lots of states where (delta-9 THC) is legal.

Two things: I think it is being used more as a supplement than (delta-9 THC). I also believe that its availability and its price point and the effects of not being as psychoactive appeal to a larger audience.

Have any of your stores had authorities seize delta-8 THC or say it can’t be sold?

At this point we have not had a problem. We’ve had a couple shipments actually stopped that were returned immediately.

In terms of law enforcement, should they start seizing products, where it would really help is if it went to the next step and someone was actually charged for trafficking. Then when you went into court and you were actually presenting facts, that would be a major help. I think that it would be very hard to bring a case against you, if you had all your documentation in line.

Where do you think delta-8 THC fits in the cannabis wellness landscape? Will it ever compete with CBD?

As long as the government doesn’t take it away … long term, I see this being a very important cannabinoid.

There’s a lot of minor cannabinoids out there, and if we’re allowed to continue to do different isomers, who knows what we may come up with? But as of right now, I definitely see (delta-8 THC) as a very large market.

CBD has had a number of years to get up and going. D-8 is relatively new. You do certainly have therapeutic properties to (delta-8 THC). Long term, could it be as big as CBD? Nobody has a crystal ball, but sure.

You think the delta-8 THC trend is the tip of the iceberg for finding new uses for hemp biomass. Why?

In 2019, thousands of farmers across the country planted hemp with the hopes of, ‘Hey, this was a crop I can actually make money on’ without really understanding the supply and demand.

At that time the only product that you could make out of hemp at this time is CBD.

And the American farmer has the ability to grow millions of acres of a product (that is) grossly overproduced, which is what happened.

So you’ve got a lot of farmers that have suffered major financial setbacks, and there are literally millions of millions of pounds of hemp setting from 2019 that nobody knows what to do with other than watch it biodegrade. My hope is that if we can continue to do things like a delta-10 (THC) and these other isomers that are out there, maybe we can save these farmers hundreds of millions of dollars collectively.

So instead of hemp being a one-trick pony, if we have several different minor cannabinoids that we can pull from and start using more of the biomass that is literally rotting, it would be a wonderful thing for the American farmer.