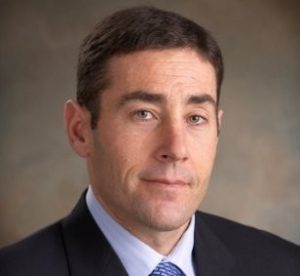 As the hemp industry anticipates the U.S. Food and Drug Administration’s (FDA) first public hearing to start the process of regulating hemp extracts such as CBD in food, beverages and cosmetics, among others, a former dietary supplement executive now working with San Diego-based CBD manufacturer CV Sciences offers insight on regulatory compliance.

In Part 1 of Hemp Industry Daily‘s interview with CV Sciences’ senior vice president Douglas Mackay, he provided a perspective on what officials with both the FDA and the U.S. Department of Agriculture (USDA) will consider in the agencies’ regulatory oversight of hemp and CBD.

In Part 2, Mackay digs deeper on how CBD compares to FDA-regulated drugs and their competitive products, and what the hemp industry can learn from previous experience in regulating new food and dietary-supplement ingredients.

Can a drug company patent isolated CBD or restrict other companies from using it as an ingredient?

This isn’t a patent issue. This is a provision in the Food, Drug and Cosmetic Act, which says if an article has been investigated for clinical trials and those clinical trials have been made public, it cannot be introduced as a dietary supplement or food.

So, the question is, what is the article? The article that has been in clinical trials is 99.2% CBD.

If the supplement industry (puts forth the same article) as 99.2% CBD, the FDA’s going to say, “You lose, industry.” They’ve been down this road and gone to court on the same issues with pyridoxamine (vitamin B6) and monacolin K (lovastatin), and they know the solution.

But if the industry steps up and says, “Our article is hemp extract,” like CV Sciences’ product is, the FDA is going to say, “OK, explain to us why it’s safe.” And then that conversation will proceed.

Now, there is a provision in the Food, Drug and Cosmetic Act that says the FDA can issue an exception to the rule. The FDA can allow people to sell the prescription drug. However, to do that, they have to be absolutely sure that the ingredient is totally safe.

We know that isolated, highly purified CBD has some evidence that at certain levels starts to elevate liver enzymes. This isn’t fiber, this isn’t a vitamin – this is a potent bioactive compound that slows seizure activity at high levels, so it works in the central nervous system, which then brings up issues of drug/CBD.

These are things that the FDA will have to consider before it considers adding isolated CBD to foods.

How will this affect the different product areas, including foods and supplements?

We already have established swim lanes or regulatory categories with longstanding ways that plants are regulated.

Food, dietary supplements and drugs are different categories, and each has a different intended use. The FDA requires different levels of evidence for safety and effectiveness for each, and that’s what’s really going to help all of these distinct industries be successful.

Hemp farmers should be really advocating that the food and supplement space as the FDA and USDA make their rules is based on food/fiber hemp – and then drug-type (CBD hemp) growers can be feeding and supplying the prescription drug development.

But distinct products, distinct plants – that’s the only way.

If we blur the lines and we let growers play with different cultivars that are higher in CBD and lower in THC, and we have plants going into the supplement supply chain of varying levels of THC, it’s going to be a mess, and I don’t think very sustainable.

Do you think all CBD should be regulated as a drug?

No. I think highly purified, isolated CBD should be regulated as a drug, and it already is.

I think hemp extracts that contain CBD are absolutely appropriate in food and supplements if you do all of the appropriate work ahead of time that require selling in those categories.

Do you see any parallels between CBD and dietary supplements that have been approved?

There are actually two examples out there – stevia and red yeast rice.

About 15 years ago, everyone was freaking out about sugar and diabetes, so coming up with the next artificial sweetener was the gold rush.

Then, along came this plant that was 1,000 times sweeter than sugar. Stevia was a legal botanical – same as hemp – and it had already been in the supplement marketplace. But people started taking extracts, which would be a new ingredient, and adding it to drinks as a sweetener.

Everyone was excited about it. Investors had money flying around. Then the FDA started issuing warning letters saying stevia was not an approved food additive. Nobody had done the toxicology work to show that it could be added to food safely.

A big brand started doing the scientific work and came up with an ingredient called rebaudioside-A (reb-A).

They looked at stevia extract and realized there were some compounds in it that may not be safe, so they took them out. Then stevia was legal and in all the mainstream brands as a regular, natural, no-calorie sweetener.

The other example is red yeast rice, which speaks to the FDA exclusion where they’re saying you can’t add CBD or THC to food products because they are already approved drugs.

When you extract from red yeast rice, one of the compounds, monacolin K, is also the active ingredient of lovastatin, the cholesterol-lowering drug.

It’s the exact same scenario we have right now with hemp extracts that have all kinds of stuff in it, and yet one of those things is CBD and we have a prescription drug (Epidiolex) with CBD in it. That’s why the FDA is saying no to food and supplements currently.

Could the FDA regulate CBD in foods and supplements based on experience from these examples?

The question the FDA has to ask is when did the hemp extract – with all of its natural constituents and terpenes and cannabinoids – compete with a highly purified, isolated form of CBD?

One of the big things that people think the FDA will answer in this next series of meetings is whether it will allow CBD up to a certain level. They may or may not come to that conclusion.

The FDA could be a major disrupter in this market, and the major retailers are not going to touch anything if it’s outside of what the FDA considers compliant.