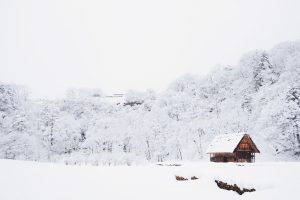 (This story has been updated with details from Oregon.)

Hemp farmers in the Western states were frantically harvesting their crops ahead of an early-season storm threatening cold temperatures and severe wind chill, potentially dumping as much as 50 inches of snow on their fields.

Jamie Fitterer, the owner of Montana Hemp Co., said farmers in Bozeman and around the state are “freaking out,” about the winter storm and its potential damage to their crops.

“Everybody is in triage,” Fitterer told Hemp Industry Daily, on his way to pick up industrial heaters.

Fitterer said farmers in his area had just started to harvest their 2019 crops and stage drying areas. But when they heard about the winter storm watch on Wednesday, the priority switched to getting the crops off the field and getting it into dry areas as quickly as possible.

“Our partners and field crews have been going gangbusters,” Fitterer said.

“We’re pulling volunteers and cutting as much as we can, but with storage full, we can’t stage for drying and it looks like we’re just going to get what we get this season.”

The National Weather Service reported the snowstorm will be severe for Western Montana and could break snowfall records for September with gusty winds near 50 mph, creating near-zero visibility and blizzard-like conditions.

Jumping on the combine

In Ledger, Montana, about 70 miles south of the Canadian border, hemp farmer Cary Kolstad was planting winter wheat last week when he heard the forecast.

He jumped off his air drill and jumped on his combine to start cutting 150 acres of hemp.

A third-year hemp grower and longtime farmer, Kolstad says he’s used to harvesting in late September to beat an early snow. But he wanted to make sure his hemp plants – all of them X59, a grain variety – didn’t drop their seeds in the snow.

“The hemp would be fine. It would survive, but I’d be worried about losing the seed,” he told Hemp Industry Daily.

“Hemp is a tough, resilient plant. I have faith that it’ll weather the storm. I just didn’t want to have to find out for myself.”

In Oregon, farmers are more worried about low temperatures more than the snow.

“They are forecasting lows in the 20s and we’ve got a lot of growers here in central Oregon who are worried about the frost,” said Deschutes County Farm Bureau President Matt Cyrus.

In the Willamette Valley, where farmers have seen severe problems with mold due to a very wet season, Cyrus said additional moisture from snow could accelerate those disease issues.

But Cyrus, who also operates Triple C Farms, a hemp farm near the town of Sisters, said he expects that if the area does get snow, it won’t stick and everything will be back to normal by next week.

If farms in Central Oregon can make it through the weekend, they should have a good harvest window for the next 10-14 days, said Barret Dash, manager of Dome Grown Produce and Hemp Farm outside Redmond.

“I’m keeping my fingers crossed for all the farms,” he said. “This has been one heck of a crazy year to farm hemp with all this weather, but that’s part of the risk that gets you to the reward.”

Meanwhile, worried farmers are cutting what crops they can in preparation for the storm.

“We’re knocking down as much top flower as possible and the best plants to hang first,” Dash said.

“We’ve got to sit tight and see how we fair…some cultivars are a bit more frost resistant, but the snow and wet weather tied to the cold makes it more of a concern.”

Another Montana hemp farmer, Kim Phillips of Helena, is leaving her hemp out during the storm. She is growing about three-quarters of an acre of a fiber variety as an experiment and wants to know how the plants will come through the storm.

“To be honest with you, I’m not sure what’s going to happen,” she told Hemp Industry Daily.”A lot of us are new to this and don’t know what happens after hemp freezes in the field.”

She bought a small decorticator and said she plans to use it in the field as soon as her land thaws.

“As soon as we get it mowed down, we’ll get out there and see what we got,” she said.

The storm is forcing Phillips to delay another hemp project, a home renovation using hempcrete that she’d planned to work on this weekend in Butte, Montana.

“I was planning to cast it (Saturday), but I’m afraid it would all turn into a big chunk of ice.”