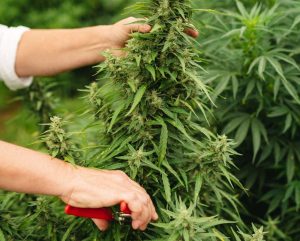 This column appears in the April issue of Marijuana Business Magazine.

Hemp sequesters carbon, presents low water and nutrient needs and is so versatile that many in the business have stopped counting the number of uses for the plant’s components.

This is all great news, right? So imagine my surprise when a prominent figure in the sustainability space gave a lackluster assessment of hemp as a climate solution at a university symposium.

Asked whether hemp could stop climate change, Ross Macfarlane, vice president of the Sierra Club called the answer “a big ‘it depends.’”

Excuse me? This from a global thought leader on energy and a top executive at the Clean Energy Transition Institute?

Not What, But How

After I recovered from my shock, I realized Macfarlane has important—if challenging—points for everyone in the hemp supply chain.

No single plant is going to save us from an urgent need to reduce carbon emissions. Hemp might famously gobble up to 10 tons of carbon dioxide per acre, but that’s not enough to roll back climate change.

We could plant hemp as far and wide as Jack Herer ever dreamed, but hemp alone can’t save us. And that’s assuming it’s grown sustainably.

Macfarlane pointed out that hemp’s overall carbon footprint varies tremendously based on how it’s grown. Consider:

Not all varieties of hemp metabolize carbon dioxide at the same rates, and some of the best carbon-gobbling cultivars might not be the most profitable (though research in this area is sorely lacking).

The inputs needed to grow hemp must be accounted for when considering its climate impacts. While no plant needs fertilizer or pesticides to grow, simply growing a plant and growing it for profit are different things. All too often farmers turn to chemical inputs to improve yields and per-acre returns. And growing organically doesn’t solve everything: Even the most earth-friendly inputs require transportation to the farm, which comes with carbon costs.

Where are commercial hemp plants getting water? If irrigation is not just from rainfall, where would that water otherwise be used?

What Is Hemp Replacing?

Another eye-opener for me was to consider what hemp is replacing. I don’t mean hemp as an end product, where it can replace plastics and all sorts of things. The industry should also consider hemp as a crop—and what was in the ground before hemp was growing there.

Macfarlane pointed out that if hemp acreage is replacing natural grassland or forest, that’s not a net gain for the planet.

Even if hemp is being cultivated on land formerly growing other food crops, that hemp plot could be displacing food production onto other land—possibly contributing to local food insecurity.

And what about Indigenous farmers who might have formerly worked that land. Is there any thought given to sharing profits with displaced communities?

There’s still much to celebrate about hemp’s potential to help heal the planet. It can and should be a star player in global plans to find natural climate solutions. But as we celebrate hemp’s potential this Earth Day, I want to point out how Macfarlane concluded his talk to hemp producers about the plant’s ability to fight climate change.

“Don’t buy into the hype. Let’s earn it and prove it.”