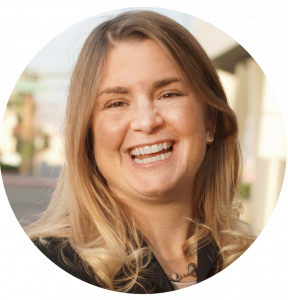 Kristen Nichols is the editor of Hemp Industry Daily.

(This is an abridged version of a column that appears in the July issue of Marijuana Business Magazine.)

Sound too good to be true?

Farmers I know and trust insist that gold-rush dreams about hemp’s profitability are no fantasy. This plant can save the family farm, make some growers rich and give young people a reason to enter the farming profession.

That’s what worries me.

I’m worried that hemp is too much like cotton, another fiber crop with a nasty reputation for damaging the land.

Hempsters like to talk about how superior hemp is to cotton. Hemp takes less water to grow, they say, and a fraction of the pesticides and fertilizer. We should all abandon cotton and start using hemp!

But this attitude ignores some pretty powerful lessons from the cotton industry. Like Irish potatoes before the 1840s, cotton was so profitable in the American South that landowners grew it year after year, decade after decade.

Cotton was so profitable that 18th-century landowners convinced themselves that it justified the horrors of slavery, that the world would overlook those horrors to keep the money flowing.

The South’s cotton economy made a few people rich. But the cotton economy relied on the mass torture of countless more people, and it ruined the land.

Cotton itself was blameless. The problem was that cotton’s big profits caused an entire region to ignore nature and force monoculture on fertile land, growing the same crop for decades on end. No other crop could compete with cotton’s profits.

By the time 10 Southern states seceded in a desperate bid to save their cotton economy, the residents of those states could barely feed themselves.

More than 150 years later, the scars of cotton monoculture are evident across the South today – both in degraded land and the human toll of slavery.

So, all this talk about hemp’s profitability worries me, because I see investors planning to grow hundreds or thousands of acres of hemp. Nothing else – just hemp.

It’s a recipe for ecological disaster.

No plant is immune from insects. Every farmer wants to maximize profits. The combination means that the dream of endless fields of hemp, all grown without pesticides or irrigation, won’t last long.

Luckily, hemp farmers know the dangers of monoculture and care deeply about the land.

Let’s just hope those big profits don’t get in the way of growing hemp the right way.