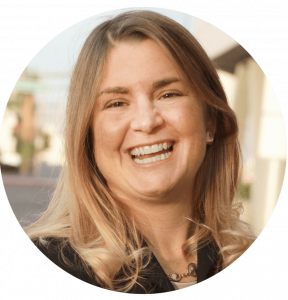 A version of this column appears in the January issue of MJBiz Magazine.

Good news: Hemp can reduce the impacts of COVID-19.

I’m not talking about cannabinoids, though new research shows there may be promise from hemp extracts.

Instead, I am referring to the potential of hemp grain as a meat alternative.

Hemp could join other healthy, plant-based proteins in a national effort to tackle obesity — if only politicians would get serious about funding efforts to improve the country’s overall health.

It’s no secret that the United States has a weight problem, which has exacerbated the effects of the COVID-19 pandemic.

The U.S. Centers for Disease Control and Prevention reports that obesity triples the chances that someone who contracts COVID-19 will need to be hospitalized.

That’s a scary statistic in a country where more than 42% of adults are considered obese.

The science is clear: Underlying health conditions such as obesity are key drivers keeping the United States in the unenviable position of leading the world in pandemic deaths.

Government spending on food and health shows how screwy the United States is when it comes to addressing this problem.

U.S. Department of Agriculture Secretary Tom Vilsack frequently makes the point that the U.S. now spends more each year on diabetes treatment than it does to run the entire USDA.

That’s just crazy. And yet politicians seem unwilling to make the kinds of investments needed to change how America eats and to reduce our staggeringly high rates of obesity, diabetes and cardiovascular disease. The recent $1 trillion infrastructure law addresses the food supply chain only by improving broadband delivery in rural areas.

For too long, the United States has incentivized monocropping and large-scale meat production. The result of this failed experiment is all around us, evident in an agriculture economy dominated by a few large players and a population so overweight that millions of Americans have developed health conditions that put them at risk for COVID-19 and other deadly diseases.

The hemp plant could help solve the country’s obesity crisis. We just need to invest in it, instead of subsidizing meat production.

An analyst at the University of California, Berkeley, estimated in 2015 that a pound of hamburger would cost $30 without any government subsidies.

Grain producers aren’t helping. An estimated 33% of global farm acreage goes to feed animals raised for meat, according to the United Nations.

Many readers of this magazine know all about hemp’s nutrition profile and don’t need me to talk it up. But the industry must do a better job talking to non-cannabis-using voters and politicians. Hemp’s food potential could be as powerful for human health as any tantalizing cannabinoid benefit.

Think of it as the pandemic promotion that’s safe for cannabis operators to talk about.

Kristen Nichols covers hemp and CBD for MJBizMagazine. She can be reached at [email protected].