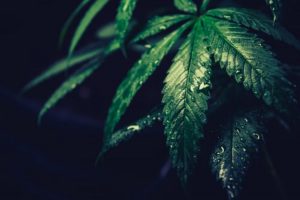 Hemp farmers will have the option to use new crop protection tools for the 2020 season after federal regulators’ approval of pesticide products to the hemp production arsenal.

In a major step toward making the newly legal crop a national commodity, the Environmental Protection Agency (EPA) on Thursday approved the use of 10 products to control insect pests and diseases – nine biopesticides and one conventional pesticide.

The EPA regulates pesticides to ensure they don’t unduly damage the environment and are safe to use on plants that people later eat.

EPA pesticide registration for hemp is a watershed moment for the entire cannabis industry.

Although marijuana remains illegal – and, therefore, no pesticides are legal to use on marijuana – the EPA’s hemp announcement signals the first time the federal government has deemed any chemical safe to use on cannabis.

The 10 approved hemp products are now cleared for use under the Federal Insecticide, Fungicide and Rodenticide Act (FIFRA). The act was enacted in 1947 to protect farmers by requiring pesticides to work as advertised and to use accurate labels.

Biopesticides are derived from biological ingredients, while conventional products are typically derived from chemical substances.

The registered conventional pesticide product is:

The EPA began the pesticide approval process in August to ensure growers would have time to plan for their crop input purchases for the 2020 production season.

The agency received applications from 10 companies seeking label approval for use in hemp production and opened a 30-day public comment period.

Approving pesticides for hemp production was made possible by the legalization of the crop under the 2018 Farm Bill, which removed hemp and its derivatives from the Controlled Substances Act.

The EPA cannot approve pesticide products for marijuana, which is still listed as a Schedule 1 controlled substance.

“Collaboration will be key as we work to provide a full tool box of solutions, including biopesticides, to the emerging hemp industry,” NASDA CEO Barbara P. Glenn said.

Federally approved hemp pesticide options eliminate a hurdle that farmers have faced since the crop was cleared for research production in 2014.

Until now, some state agriculture departments had approved lists of products suitable for hemp cultivation, though farmers have experienced heavy pest pressure and called for federal pesticide approval to help alleviate the issue.

“We’ve learned a lot about hemp since the establishment of the pilot programs in 2014, and we’re continuing our progress to ensure hemp is treated just like every other legal commodity,” said Senate Majority Leader Mitch McConnell, a Republican from Kentucky who was pivotal to the inclusion of hemp legalization in the 2018 Farm Bill.