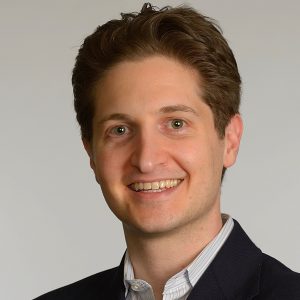 As the hemp and CBD industry navigates the regulatory roller coaster resulting from the much-celebrated 2018 Farm Bill, the unknowns can cause anxiety for even the most confident of businesspeople.

That’s why it’s invaluable to have guidance and perspective from those who know the legal landscape.

Michael Bronstein, who co-founded the American Trade Association for Cannabis and Hemp (ATACH), will share his insights about the current regulatory climate for the hemp and CBD market Wednesday at the inaugural Hemp Industry Daily Conference in New Orleans.

Hemp Industry Daily caught up with Bronstein for a preview of his talk.

What are some common misunderstandings about the current legal landscape?

The (Farm Bill) didn’t straight-out legalize hemp, though that may be the ultimate effect. But, rather, it legalized the regulation of hemp.

State (hemp) plans won’t be approved by the U.S. Department of Agriculture until it finishes the regulatory process.

What we know from talking to a number of different states is that they are going to move as quickly as they can, and it may be faster than the federal government can move.

Once the USDA puts its rules in place, will it be illegal to produce hemp in a resistant state such as Idaho?

Even if a state does not have a program, or tries to bar the growing of hemp, we believe that is not within the spirit of the (Farm Bill).

Will the USDA have its rules ready for the 2020 season?

The U.S. Department of Agriculture is working as quickly as they can … and we take USDA at its word that it will have regulations promulgated by the 2020 growing season.

With the documentation that they’ve released so far, it’s been very positive how it’s on the front of their minds.

What can the industry do now to get ready?

Compliance is going to be the name of the game going forward, because we’re moving into a period where there will be regulation at the federal level and the products that are produced will be highly scrutinized, especially ones that contain CBD.

To be sure, the federal government is not concerned with the product being made into textiles or flame-retardant product or hempcrete or any number of the industrial uses.

How likely is it that the USDA will further regulate hemp and its different uses, i.e., hemp for food and fiber versus for CBD?

I expect USDA to be very active in maintaining regulatory control over the market, and that they will be as permissible as possible under the 2018 Farm Bill.

What should the hemp industry know about government regulation?

Many have been frustrated with the perceived slowness of the regulatory process. But getting the government to move is like (driving) a tank without power steering.

Having (the government) do what it’s doing now – which is creating a regulatory framework from really nothing, from scratch – this is lightning speed.

When you watch a turtle move, the turtle thinks it’s moving pretty quickly. So, when we talk about 2020, we’re talking about six months away. That’s pretty quick from a government standpoint.

What are some of the regulatory wins that the industry has seen since the Farm Bill was passed?

The fact that states have been submitting regulatory plans, even before the USDA was looking at them.

The idea that this is an agricultural product that has broad application and that’s acknowledged by the federal government.

All of these things are huge for us. Huge!

What was your take on the FDA hearing?

The FDA hearing to me was a little bit like a first date. At some points, there was some awkward conversation and a lot of get-to-know-each-other that was happening.

I think it was important that FDA sees that there are legitimate operators, legitimate industry and that it’s one that many people have an interest in.

To build on the analogy of the first date, it might be more accurate to describe it as a first date where both sides know that it’s an arranged marriage and that they’re going to be spending a lot of time together.

I think from that aspect, the regulators want to engage. The industry wants to engage. And they want to forge a longer-term relationship so that there is a sustainable, viable, compliant industry.

How long do you think it will be before the industry sees any rules from the FDA regarding CBD?

Under the normal FDA process, it could be a couple of years.

I suspect and I’m hopeful that we will see guidance at the federal level forthcoming in a quicker manner, just because of where the marketplace is and how quickly it has developed.

What is the most surprising thing you’ve learned about the regulatory process for hemp since the Farm Bill was passed?

What do you recommend that the industry keep in mind throughout this whole regulatory process?

Involvement. I don’t think that the industry should be scared to be involved.

Get involved with the organizations and associations that have organized around this issue because your voice will be heard.