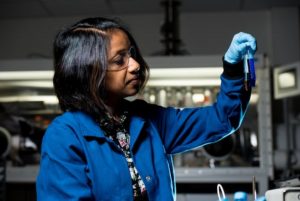 The U.S. Food and Drug Administration (FDA) continues to accept comments on hemp- and cannabis-derived ingredients, months after the comment period closed, according to Sharon Lindan Mayl, senior policy adviser in the agency’s Office of Food Policy and Response.

Mayl said this week that the FDA needs more data about CBD, despite the more than 4,500 comments it has received since it began its review of regulations for hemp-derived cannabidiol.

The agency wants to know about additional data as it’s being developed.

A landmark public meeting about cannabis at FDA headquarters in May and the many online submissions didn’t yield enough scientific evidence in support of CBD, according to Informa Pharma Intelligence, a health care industry news source.

At that hearing, an exchange between FDA analysts and a Colorado doctor underscored the problem. FDA officials asked Dr. Kevin Chapman, who was testifying on behalf of the American Epilepsy Society, how parents of epileptic children know how much CBD to give them.

“They’re making it up as they go along,” Chapman said.

The request for public comments about CBD research wasn’t much better, according to Mayl.

“It’s safe to say that in 4,500 comments, we did not receive a lot of hard data around the issues that we specifically requested comments on,” Mayl told a group of attorneys and regulators at a conference on Monday.

Mayl said the FDA recognizes that safety studies on CBD and other cannabis extracts were rare before hemp was descheduled as a controlled substance last December.

The agency is open to being convinced through scientific data about the safety of CBD as an ingredient, Mayl said.

Particularly, Mayl said, the agency needs to see total exposure data, as the use of CBD in the consumed products raises concerns about the potential risk to consumers. (Safety data related to the FDA-approved drug Epidiolex is not being considered in the agency’s evaluation of CBD safety for use in nondrug products.)

Mayl reiterated comments made a week ago by Lowell Schiller, the FDA’s principal associate commissioner for policy, who told a gathering of nutritionists that there is no bias for or against CBD.

“We do not hold CBD to a higher standard of safety, but we won’t hold it to a lower standard, either,” she said.

The FDA also has to weigh whether the lawful use of CBD and other cannabis derivatives in food, beverages and dietary supplements will hinder further drug development, Mayl said.