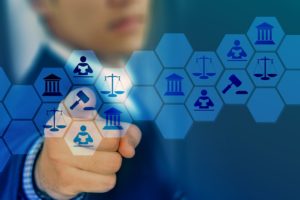 U.S. District Judge Alan D. Albright ruled in favor of GW on Feb. 25. His ruling leaves a path for Canopy to appeal he decision.

During the course of the case, GW produced “confidential technical documents” about their manufacturing process, Albright wrote.

Subsequently, the court interpreted the meaning of a specific technical term in Canopy’s patent, “CO2 in liquefied form under subcritical pressure and temperature conditions.”

In light of GW’s documents and the court’s interpretation of that term, the ruling noted, Canopy determined it “cannot prevail on the issue of infringement.”

Smiths Falls, Ontario-based Canopy has the right to appeal the court’s interpretation of the patent term in question.

GW, headquartered in the United Kingdom, was acquired by Jazz Pharmaceuticals in 2021.

On a Tuesday investor call, Jazz CEO Bruce Cozadd said the company was “pleased with where the court came out on the final judgment in the litigation with Canopy.”

Epidiolex is made from CBD extracted from marijuana grown in the UK.

“They do have the right to appeal that, but we’re certainly pleased with where we stand,” Cozadd added.

A Canopy spokesperson said in a statement to Hemp Industry Daily that, “as this matter is still ongoing and before the courts, Canopy Growth will not provide further comment at this time.”

Net sales of Epidiolex were worth $463.6 million in Jazz’s 2021 fiscal year, according to annual financial results released Tuesday. Jazz Pharmaceuticals trades on the Nasdaq as JAZZ.

Solomon Israel can be reached at [email protected].