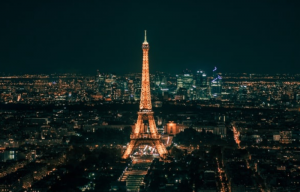 France’s blanket ban on the marketing of all hemp-derived CBD products contradicts EU law on the free movement of goods, an adviser to the Court of Justice of the European Union said in a legal opinion on Thursday.

The advocate general’s opinion, if followed by the top EU court, would set a binding precedent and have a significant impact on the CBD industry in Europe, paving the way for similar provisions in other EU member states to be challenged before national courts.

The Court of Justice ruling on the case is expected this fall. In the vast majority of cases, the court follows the opinion of the advocate general.

In this case, Advocate General Evgeni Tanchev wrote that EU law on the free movement of goods prohibits France or any other EU member state from banning the import of CBD from another member state where that oil is extracted from the whole hemp plant.

France allows hemp cultivation, but limits the plant’s legal uses to its fiber and grain components.

“If CBD oil were to be considered a narcotic drug it would fall outside the scope” of EU regulations on the movement of goods, Tanchev wrote. “In my view, that is not the case.”

According to Tanchev, the French court needs to take a position on whether any risk associated with the non-intoxicating effects of CBD has been discovered or studied.

If the French court were to find that such a risk existed, an alternative measure – for example, a maximum limit on CBD content – that would not be as restrictive on the free movement of goods would be more adequate, he wrote.

The case originated with a dispute in France over the marketing of a CBD vape product whose contents were imported from the Czech Republic.

Former Kanavape manager Antonin Cohen and former co-director Sébastien Béguerie, who marketed the e-cigarette, were convicted of a criminal offence by a Marseille court on the grounds that the CBD oil in the cartridges was extracted from the whole hemp plant, including the leaves and flowers.

Under French law, only hemp fiber and seeds can be cultivated, imported, exported and used for industrial and commercial purposes. This means that all CBD products derived from the entire hemp plant are prohibited.

Eveline Van Keymeulen, a Paris-based attorney at Allen & Overy who represented Cohen in the CJEU case, called the opinion “a crucial step towards much needed regulatory harmonization and legal certainty for the CBD industry in Europe.”

“It would not only require France to adapt its legislation in order to allow the marketing of CBD extracted from the entire hemp plant, but may also force other national regulators to (re)examine existing restrictions related to hemp-derived products in light of the free movement of goods in the EU,” Van Keymeulen wrote in a statement.

“A clear and proportionate regulation of CBD-based products will ultimately benefit EU consumers,” she added.

The EU’s Court of Justice interprets EU law to make sure it is applied in the same way in all EU countries, and settles legal disputes among national governments and EU institutions.

The Kanavape case had been forwarded to the EU tribunal by the Court of Appeal of Aix-en-Provence in France.