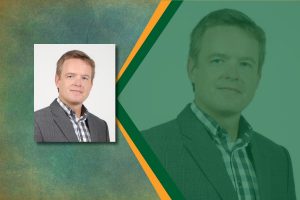 Before Canopy Growth Corp. became the largest cannabis company in the world, it hired Ryan Douglas as its master grower in 2013.

It was no small task at the time in Canada – where Ontario-based Canopy is based – because the country had just established regulations for its medical marijuana program, and licenses hadn’t even been awarded yet. As one of the first employees for what would become a global powerhouse, Douglas played a big role in helping create the company Canopy is now.

Among other things, Douglas selected the genetics of the cannabis seeds Canopy would grow and hired and trained staff to cultivate 70,000 plants and process 6 tons of dry cannabis annually.

After his time at Canopy, Douglas created his own cannabis consulting firm. For the past four years, he’s been in Colombia, where he’s working with international companies to help them get established in the country’s emerging hemp and medical marijuana industry.

Hemp Industry Daily spoke recently with Douglas about his time at Canopy and what he’s up to now.

How did you contribute to rise of Canopy Growth?

I was hired pre-license to help with the cultivation portion of the license, and then once the company became licensed, they were (among) the very first company in Canada to receive commercial cultivation license.

I helped the company design the production facility, create the cultivation protocols, and hire and train the cultivation team. So I was with the company for the first two and a half years of their existence. They started out as Tweed, but quickly became Canopy Growth Corp. and began expanding by acquiring other cultivation assets.

What went into developing cultivation protocols and training staff?

The important factor was to clearly understand the regulations.

The risk was that a lot of the home-grow techniques, if transferred to that commercial production program in Canada, could put the business at risk of losing their license.

So in terms of developing the protocols I had to be very clear what was allowed and then based on those rules, kind of reverse-engineer the cultivation process.

Just as an example, in 2013, when we became licensed, Health Canada did not allow the use of any pesticide or a fungicide (on marijuana), and that means even organic pest-control products. And so today the situation is much different.

There’s a handful of pest-control products that growers can use. They’re all organic, but when we started we couldn’t use anything. So we had to be very careful in terms of establishing an integrated pest-management program, because there were zero products that we could use.

How did your experience impact the next phase of your career?

It was the best job I ever had, and after about three years working with the company, I realized that all of the lessons I’d learned by helping that company launch would be very valuable to other companies in the same position – other startups across the globe.

So I decided to venture out on my own, created my own consulting practice, and since leaving Canopy I’ve consulted in projects in Canada, the U.S., Puerto Rico, and the last four years in Colombia.

What drew you to Colombia?

When I resigned from Tweed, that same month, the president of Colombia signed a decree establishing a legal (medical) cannabis cultivation program. I knew that the experiences and the lessons I had learned would be valuable to groups that were starting a legal cannabis operation here in Colombia.

Everybody knows that cannabis has been grown in Colombia for decades, but it hasn’t been grown under a heavily regulated federal program, so a lot of the companies that were seeking licenses in Colombia were not from the agriculture or horticulture industry.

So having come from three years of going through that process in Canada, in a heavily regulated environment, I brought the knowledge, the protocols, the processes, the way of thinking that I knew would be an advantage for the companies setting shop down here. So it was certainly a change in culture and geography, but the process, how we go about launching our commercial cultivation operation actually was very similar (to Canada).

What projects in Colombia have you worked on in the past four years?

I’ve worked for a handful of the largest cannabis companies globally that were looking to set up a shop in Colombia. Over the last few years, as new countries legalize cannabis production, they want to start moving in those markets.

So basically what I do, I help new cannabis companies start up rapidly so they come to market quickly, and they spend less money getting there. …

The typical project I would help with is to help groups identify land where they can establish their cultivation (and) help them design an appropriate production facility, which is usually a greenhouse. I help develop their production protocols, help them acquire the genetics and really help them launch their whole program – very similar to what I did in Canada.