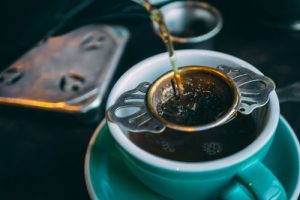 Prosecutors in Braunschweig, Germany, are seeking prison time against the operators of a retail shop that sold hemp teas.

The public prosecutor’s office says the sale of hemp tea is illegal, regardless how low the THC content.

The operators of the Hanfbar retail store – Marcel Kaine and Bardia Hatefi – face sentences of three years and 2½ years, according to the Braunschweiger Zeitung newspaper.

The partners are seeking acquittal, arguing that the teas are broadly available elsewhere and that the charges are unjust.

Hanfbar, which has been selling hemp foods and drinks as well as CBD oil since 2017, describes itself as a “vegan cafe” and calls hemp “the key to a sustainable and conscious lifestyle.”

Prosecutors say the hemp tea is banned under the German Narcotics Law, which specifies that hemp products cannot be used for intoxicating purposes.

The BfR is an institute of the Federal Ministry of Food and Agriculture that provides scientific advice about food safety.

The agency sets the following THC values as guidance for food products:

Even selling CBD products with insignificant or no THC content could land retailers in trouble, as recent court cases in Germany show.

In those cases, certain companies were found to be illegally selling CBD products as food without the needed premarketing authorization required for “novel food.”

But the Hanfbar case doesn’t stem from the “novel food” issue. Instead, prosecutors say the teas could be used for intoxicating purposes, infringing the Narcotics Law.

According to Braunschweiger Zeitung, two experts who testified at trial said that even small amounts of THC can cause an intoxicating effect if they are smoked in large quantities or processed into edibles.

The prosecutor said the defendants showed a “blatant lack of understanding about the illegality of their actions” and proved to be “completely unteachable,” even after several police raids.

Also, Hanfbar “deceived” its customers about the fact that the sale of hemp flower teas was illegal, according to the prosecutor.

As part of the defense, according to the newspaper, Kaine’s attorney asked in a filing:

“Why are the big players in the industry not being investigated and treated with the same logic? How does that fit together?”

Braunschweiger Zeitung reported that one of the defendants expressed enthusiasm during the trial for hemp’s health benefits.

The other defendant read several customer reviews praising the effectiveness of hemp products against sleep disorders and pain and said, “I still believe that what we did is right.”

The trial continues Jan. 28, and a regional court will issue a ruling that day or at an ensuring hearing.